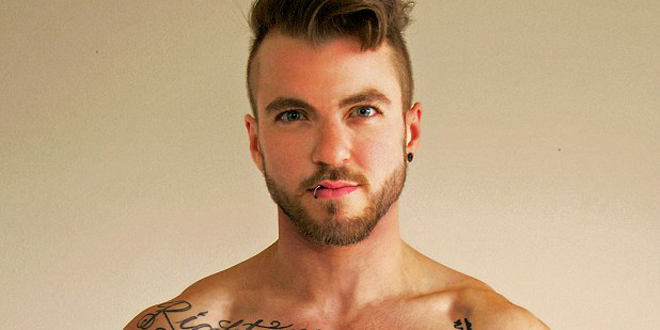 Transgender persons exist in a subculture within a subculture, one that, in the mainstream, is not always well-accepted or even simply understood. To be a trans ally, to be considerate of the lives and social experience of trans individuals, might require that you reevaluate your relationship with the transgender individuals in your life. Trans men, specifically, have a distinct experience from trans women — here is what you should know:

You’re guilty by association.
You’ll have more questions asked about them than they will.  This is because people who are curious and confused will often feel more free to ask someone for information when they feel that the person shares a similar experience.  You should talk to your trans friend about what they’re comfortable with you sharing in these situations.  If the case is that they prefer not to be outed, tell them simply that it’s not your place to answer those questions.  If they’re open about their transition, try to find out how to answer or divert these questions.

“But you’ll always be _____ to me” is hurtful.
It’s one thing seeing a relative you haven’t since they were a small child, saying they’ll always be so-and-so to you, but different when relating with a transgender person.  Telling your friend that you still see them as someone other than who they are is hurtful.

Outing someone can be incredibly dangerous.
There is an overwhelming amount of ignorance/hatred toward trans people, despite some media and support.  Hundreds of transgender people are murdered yearly; there are no and/or failed protection laws in place.  Even if you think talking about your transgender friend in public is OK, the wrong person could overhear this and tell another friend, and that friend tells another–this could lead to some serious danger.

The dysphoria is not your fault.
You might feel like you’re responsible for their happiness, but sometimes their sadness comes from a place you’ll never be able to reach.  Trying to make your friend feel better by telling them you love their breasts, or you like them just the way they are, isn’t necessarily supportive.  It means you’ve created an image of who they are that doesn’t match up with reality.

It’s not the “T”.
It’s a huge moment in life to begin hormone replacement therapy.  Your friend might lash out afterwards and blame it on the testosterone.  They’re aware of the emotional changes that happen and realize their mood swings/imbalance are theirs to control.

Don’t walk on eggshells.
It’s easy to get hung up on words and just avoid conversations as a result.  You’re there for your friend and it shows that you care.  Many transgender people lose or don’t have a support system when they come out…the fact that you’re with them is meaningful.

Don’t talk behind their back.
Talk to them about it; learn their

Pronouns are mean a lot.
They have likely chosen a new name and have preferred gender pronouns.  Learn them.  Sure, you might mess up in the beginning, but it’ll be obvious when you genuinely care and are trying!