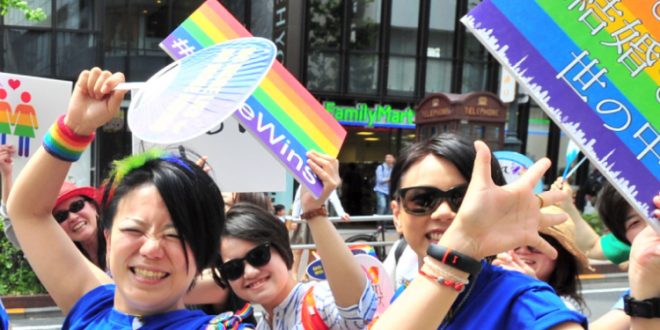 There is a growing tendency to assume that all the varieties of phenotype (apparent physical sex), gender identification and sexual orientation are all merely different shades in one large rainbow. It is becoming increasingly common to hear people lump together transsexual, intersexual, transgender, gay and lesbian in the one sentence with the implication that all these issues share a common history or have common interests.

In many respects it is reminiscent of the attempts in Britain in the 80s to create a “Broad Democratic Alliance” of oppressed people consisting of left-wing and liberal political activists, women, gay people, ethnic minorities, disabled people and those who were unemployed, homeless and otherwise socially-disadvantaged. This was based on the presumption that, as all were victims of economic and social discrimination, there could be constructed a shared platform from which they could combine to resist the policies of the somewhat right-wing UK Government of the time.

The presumed commonality turned out to be illusory. The reality was that each group held radically different views of who “the real enemy” was, not just from other groups, but from other views within their own groups. For example, Asian men did not on the whole regard lesbians as natural allies against discrimination, Sikhs did not perceive their interests as coincidental with those of Muslims or Hindus, Conservative women did not take kindly to alliance with left-wing men, Afro-Caribbean women regarded themselves as doubly oppressed, as black and as women, and so on. All these contradictions carried an in-built guarantee of failure and the alliance never got off the ground, except in the minds of its proponents.

The lesson is clear – the idea that discrimination and oppression indicate commonality of interests among those oppressed is wishful thinking. While collaboration and co-operation may be possible where interests coincide, attempts at coalition are unlikely to be successful.

There is a similar set of contradictions facing those who would try to combine the various interests of those within the intersex, transsexual, transgendered and gay communities.

Yes, there are many areas of overlap. There are gay trans people, there are intersex people who are also trans, there are crossdressers who are gay etc. But these do not imply natural alliances.

As one who is intersexed but also has a history of involvement in the trans community, let me talk about my own experience for a moment.

I was born physically intersexed and was medically assigned as male. If you like, I transitioned at an early age, without my consent. Like many intersexed people, neither I nor my parents were given any information regarding my condition or treatment (“trust us, we’re doctors, this is all for the best, you wouldn’t understand the big words we use”), I was one of those who slipped through the net of follow-up medical care and only uncovered the truth in later life, slowly and painfully, after a lifetime of confusion and conflict and undiagnosed health difficulties as I refused to go anywhere near anyone in a white coat for several decades.

I had never heard of “intersexed”, had never heard of “Congenital Adrenal Hyperplasia”, had no idea of the fact that I was living with several potentially serious endocrine malfunctions or that the whole secrecy surrounding my condition left my health in a very exposed and dangerous position.

I had been assigned as male – but I was not, I was intersex. But that is not an option in our society. There are only two possible classifications of sex, “male” or “female”, and the doctors in those days, pre-Money, before it became routine to surgically modify people like me to “female”, decided they could make “a man” of me. Nobody ever asked me what I was.

After many, many years of social ineptitude and blundering through life, I reached the point where I could no longer continue trying to live in the very restrictive social role assigned to me through medical intervention and I rebelled. There were only two possible options open and it was patently obvious that I did not fit the box marked “male”, so therefore I must belong in the other box, that marked “female”.

I could not understand why I was the way I was and I had no language with which to express what was inside me. So I began to search and finally came across the word “transsexual”. This concept seemed to offer an explanation and so I sought out the trans community and realised that transition of gender roles was a possibility. I then began to seek medical treatment in order to transition and the recovery of the truth of my history began.

The majority of trans people I know have the desire for confirmation of gender in one of the two categories accepted by society, which is why they transition, i.e., to express a definite gender identity, male or female, different from the one usually indicated by their current phenotype. The major topics of discussion within the trans support spaces are concerned with such confirmation and, in my opinion, it is entirely a legitimate objective and one which I have worked hard to support.

However, given the choice of “male”, “female”, “intersex”, I would unhesitatingly select “intersex” – but society does not give me that option so I select “female”. I do so with deep reservations, gritting my teeth at a society which will not accept my right to simply be who I am.

I do not know many trans people who would experience such a conflict; there may well be, but I have never heard any express it. Most trans people I know identify themselves absolutely comfortably within one or other of the specified classes. And they have my full blessing in so doing. My life would have been a lot less problematic had I been able to do so as well.

Yes, I regard myself as a woman – but I am an intersex woman … there is a multi-faceted complexity to my sense of self which the two labels imposed by society cannot embrace. My desire was not to transition into female – it was to transition out of male. Period.

To use experiences such as mine as evidence of commonality between “intersex” and “trans” is erroneous. My experience is not typical of intersex people – but neither is it typical of trans people. My conflict is not an internal dichotomy between gender identity and physiology – it is between the integrity of my being and the consequences of medical intervention. The conflict is an artificially created one. Had I been left alone and raised as I was at birth, there would have been no conflict and my identity would have been secure.

Because the question of gender identity is such a fundamental element in trans experience, many trans people have difficulty in understanding that gender identity is usually not quite such a big deal to most intersexed people. It is only a minority who feel a need to transition, usually those who have been surgically or hormonally coerced into a role to which they have serious difficulty conforming. For example, while there are those who are also trans, most people with XXY chromosomes (“Klinefelter’s Syndrome”) usually quite happily identify as men, most people with Turner’s Syndrome or complete AIS usually identify quite happily as women and so on. The need to transition is nothing like a common experience for all intersex people. But it is the defining experience for all trans people.

This fact causes fundamentally different views between trans and intersex people on many issues.

One example – when it comes to views of medical reassignment of “gender”, the interest is very different. In general, trans people seek medical intervention to assist them in physically becoming who they really are while (again, in general) those intersex people affected by medical reassignment seek the abandoning of medical intervention because it makes us physically other than who we really are.

Another example – for most trans people, the question of birth certificate correction is a very serious and basic human rights issue; for most intersex people it is a complete non-issue.

It is not my purpose here to discuss the “trans is a subset of intersex” argument. The debate on this has a long way to go before it is resolved and there is still no definitive aetiology of transsexualism.

For those intersex people who find themselves with a need to transition there are many areas of experience which are shared with trans people and which can create areas of co-operation, provided both are aware that there also many areas where our experiences are different and that they make construction of a common agenda problematic.

The solution to that is to listen.

Experience suggests that intersex people already know pretty much where the line needs to be drawn, trans people less so. So it is important for trans people who wish to co-operate in areas of common interest with intersex people, where such exist, to learn as much as they can about us, about the medical priorities which are sometimes essential for life-preservation, about the very distinct natures of the various intersex conditions and therefore about the special interests of each group, about the instinctive resistance to outside influence and about our overriding need for each of us to speak for ourselves in our own voices.

We are people whose very lives have been affected by outside interference and by others, especially the medical community, presuming to speak on our behalf. Therefore, in general, we are distrustful of those who wrongly presume that their experiences are similar to ours. We tend to view suggestions of alliances built on this basis as invasive and attempting to appropriate our experiences for agendas other than our own. And we are particularly suspicious of those who imagine that our various histories can be reduced to a matter of gender identity.

I would suggest that there are actually fewer areas of common interest than most trans people suppose there are. This is not to say that such do not exist but they are usually those areas involving intersex people who are also in transition. The clear distinction should be acknowledged and respected.

The terms “intersex” and “hermaphrodite” are often used interchangeably, but they actually have different meanings. …