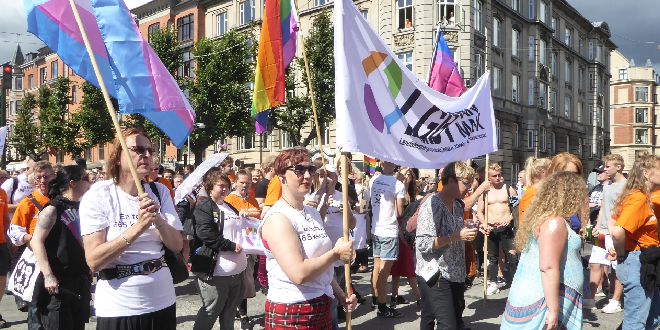 LGBT Denmark is the Danish National Organisation for Gay Men, Lesbians, Bisexuals and Trans people and was founded in 1948, originally becoming known as “The Circle of 1948”. It was founded by Axel Axgil, who was Chair until 1952.

Male homosexuality was a crime in Denmark until 1933, under the 1683 law which stated: “Relations against nature is punishable by execution”. By a law of 1866, the death penalty was replaced by a sentence of prison labour. In 1933 sex between adult men aged over 18/21 was de-criminalised.

LGBT Danmark is a co-founder of the International Lesbian and Gay Association.

Axgil exchanged vows with partner in 1989 as Denmark became the first country to allow gay people to enter into civil unions.