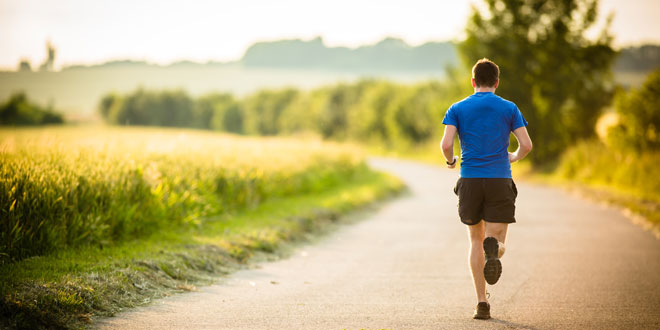 He was a closeted gay man behind the “Orange Curtain” – the term commonly used to refer to the politically ultra-conservative Orange County in California. He didn’t know a single other gay man. And, he was also in the homophobic world of high school sports-track in particular, where no coach had ever come out in America.

Later that year, that changed.

Gumby-a childhood nickname that everyone knows him by-became the first openly gay high school track coach in America when he told the administration and members of his team at Huntington Beach High School that he was gay.

“I just couldn’t lie and hide anymore to anybody,” he says.

Today, he is anything but hiding. Still living in Orange County, he has a jumbo-sized rainbow flag flying from the front of his house. He has a rainbow flag on his car. He even has a rainbow flag on the screen door to his back patio. The license plate on his Avalon is “GAYRNNR.” And, he’s had a very high-profile part of the campaign to end discrimination against gays at the high school level for years.

“The only thing I’ve ever really kicked myself in the ass for was not coming out sooner,” he says.

His closeted past long behind him, Gumby has chronicled his long struggle to bridge the gap between sports and being gay.

In his new book, “Trailblazing: The True Story of America’s First Openly Gay Track Coach,” he tells an intense tale of the first four years of coaching as an openly gay man.

He brings the reader time and time again into the principal’s office to face unfounded allegations of sexual harassment and illegal recruiting. He gives us the vivid details of the brutal beating of one of the runners on his “Fag Team.” He also shows the incredible powers of winning, overcoming tremendous adversity, and sportsmanship.

oach Gumby, now 32, knows the role of coach well. A PhD candidate at University of California Irvine, Gumby has spent years researching the psychology of sports. He has published two books on the subject of distance running, delving into the subject at every level from motivation and enthusiasm to nutrition and injuries.

It should be no surprise that one of the areas he has spent the most time researching is homosexuality in sports. He has written various articles and academic pieces on the subject including his Master’s thesis, “Gays In Sport: Is It As Bad As They Say?”

“Trailblazing” stands out from the rest of his works. This isn’t a training program or an analysis of statistics or facts. It’s a very personal story that the author hopes will have a very different effect than his non-narrative works.

Gumby began writing the book as a research project-a possible chronicle of two Olympic runners, from high school until, hopefully, Olympic gold. After four years, he realized he didn’t have two Olympic-caliber runners on his hand; but he did have a gripping story of a team and a coach dealing with what it is to be gay in sports.

It is very hard to find an openly gay coach at any level, as most choose to stay in the closet. In fact, Gumby is one of only two known openly gay high school coaches, the other being Dan Woog of Connecticut, the author of “Jocks,” a book about gay athletes.

When you hear Gumby’s story, it’s easy to understand why so many coaches fear what could happen to them if they are outed.

Within days of coming out, Gumby came under fire from the school administration. On a daily basis he got notes in his mailbox to “please see the principal.” He was asked about his reasons for coming out and accused of making sexual advances on his runners, illegally recruiting other runners, holding illegal practices, or any of a number of other missteps. Often these were “anonymous.” They were always unfounded.

As if that were not enough, while Gumby was being attacked by the administration, his team was being attacked by their classmates. Labeled “The Fag Team” both in their school and by other cross-country teams around the county, the Huntington Beach runners were assaulted verbally on a daily basis. Their cars were keyed. They were forced to change in the bathroom rather than the locker room. Sometimes they were even physically attacked.

“I’m not the hero,” says Gumby. “The heroes are the kids who chose to fight this fight.”

“With all the crap that was going on,” Gumby says, “I was running around putting out little fires, and trying to prevent big ones from happening non-stop, so I had absolutely no social life. Zero.”

Of course, that was the particular situation he had to deal with. In much of Orange County, being openly gay carries risks. And, to make matters worse, he was coaching boys, which helped feed into the hateful stereotypes. Being the first and feeling isolated meant added pressure.

“24 hours a day I lived, breathed, ate Huntington Beach High coach. I had something to prove to the world about gay coaches or gay athletes. There was a period when I had to win. It was the proof. So, that attitude and love just didn’t seem to go hand-in-hand.”

And win he did, bringing national attention to a perennial loser in Orange County, winning the County Championship in back-to-back seasons, sending various runners to Division I colleges and sending a team to the California State Meet for the first time in school history.

uickly, track began to be less and less a part of Gumby’s life and started to become his life.

“I wasn’t just going out there coaching, and the kids racing on the weekends,” he says “There was so much more involved; so much more going on.”

All of this also led to a non-existent love-life for Gumby in those days. “Love and track don’t seem to mix,” he says in his book after a short section on his first boyfriend.

Despite all of the meetings with the principal, hearing “fag” every day, and having to constantly take a larger role in the lives of his runners, for Gumby, coming out was an important part of his coaching.

“I didn’t come out until I was 25, and one of the reasons I didn’t come out is because I didn’t know anybody [who was gay]. I knew I had gay runners out there, there’s no question about it, and I knew that me being out would give them a breath of hope-that they’d think, `Yeah, there are other people out there, I’m not the only one.’ ”

Certainly not. Since coming out, Gumby has had seven of his own runners come out to him.

“I really am a lousy recruiter,” he says. “They ought to take my toaster back, because, for all the athletes that I’ve had, I certainly didn’t get many out of the closet.”

“Lousy recruiter” or not, Coach Gumby could never have been called just an “ordinary” coach.

“The average perception of a coach is somebody who goes out there, blows a whistle, tells athletes what to do, and goes home. That’s not the kind of coach I am. Coach and friend go hand and hand.”

Which is a big part of why his runners continue to stay in close touch with him, and continue to call him “Coach” long after they’ve graduated.

At a recent book signing at his house, most of the major characters of “Trailblazing,” including UCLA National Indoors 800 Champ Jess Strutzel, were there to offer their support and “hang at Coach’s place.”

Gumby’s new “in-laws” were also there, a sign that he has even managed to make the bridge between love and track. He has had a boyfriend, Grant-Tyler Peterson (right), 20, for two years. Grant-Tyler is a senior at UCLA and just starred in the school’s production of “Fahrenheit 451.”

Though he presently doesn’t have to balance his personal life with coaching runners on the track, Gumby continues to coach gay teen athletes in life. Many of them are scared and confused, wondering how they can be an athlete and be gay at the same time.

Gumby say the environment has changed a lot for the better in the seven years since he’s come out. His doctoral thesis is on the 42 openly gay high school and college athletes he has found. He hopes a more accepting society translates into more athletes feeling comfortable being open about their sexuality.

Many young gay athletes find him through his Website, , which features his e-publication for gay teens, The Gumby Gazet. They contact him looking for advice and someone to confide in. They come from all over the country from all different sports. The word on the Web is, if you’re a gay teen athlete, you’ve got to track down Coach Gumby.

That 16-year-old couldn’t find a better coach. While he’s anxious to get back to coaching runners, right now Gumby’s just focused on changing the world.