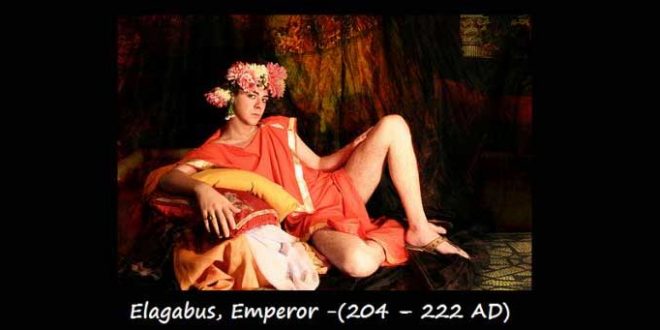 A Transvestite Encounter in Post-Roman Gaul

One day in the summer of the year 590, the experienced and wry divine Gregory — Metropolitan bishop of Tours in the barbarian kingdom of Frankish Neustria — sat to hear a sensational case. With his fellow bishops, Gregory was to judge upon a scandal during the year of the revolt of the nuns in Poitiers against their abbess. This was in reality part of the vicious feminine war festering within the Frankish royal house.

Royal women were not normally subject to the lynch law prevailing outside the walls of their protected establishments, and could not by custom be routinely killed by their male relatives. Women beware was the rule in the palaces and high-status religious houses. This is the era of Queen Fredegund, spymistress, controller of assassins and, murderess.

The extraordinary position of top-ranking Frankish women, and the savage energy of the times, bathes the calm testimony of the political churchman in the atmosphere of the Nibelunglied.

Rome has fallen and deranged warlords feast amid the ruins, drunk and dangerous. Nominally Christian, they are addicted to war, vendetta, and extortion on a massive scale.

Partially controlling these sacred monsters is a pack of the old Roman aristocracy dressed up as men of God, and protected by the magic powers of which they have convinced the magnates. All public services, apart from those controlled by the church, have perished with the Empire; the population at large is prey to every kind of violence and misfortune.

An obsessive faith in a better life hereafter, and raging superstitions are understandable reactions to this post-apocalyptic world, crisscrossed by plundering hordes.

Gregory is as credulous as his flock, sharp observer though he is. Miracles are as common as plagues, signs and wonder a daily occurrence. Without these visible evidences of divine mercy, life is unendurable. Worshipping God and pleasing him was paramount: a primary objective of the churchmen and theoretically of the ignorant barbarian sovereigns they served and manipulated.

The kings thought that promotion of Christianity brought them success in battle and at the council table; the bishops thought it the only guarantee of a very fragile existence. This makes what occurred in the cathedral of Poitiers that summer day so extraordinary. One rubs one’s eyes to read Gregory’s account.

After dealing with a siege situation at the Poitiers Nunnery, and putting down the revolt with a little bloodshed here and there, the bishops assemble.

Then were present the priests sitting down again on the tribunal of the church…..

Hurling many accusations of crime against the abbess…”

Asserting she had a man in the nunnery….

Who was dressed in female clothing so one would take him to be a woman….

Though he was most manifestly clearly a man.

And that the abbess regularly had sex with him

This is clearly not in the normal run of canon law cases. A princess of the blood, ostensibly a religious, is appearing in person to accuse her superior, also a princess, of extreme sexual irregularity. With bells on. But then…….sensation! Clotild continues:

“There he is!” — pointing him out with her finger

Now whatever mental picture one has of people and events in the heroic age, I am sure that it does not include the moments following this dramatic pronouncement. If it were not for the fact that this is the testimony of an eyewitness, one would discount it as an invention.

From the dais Gregory beholds something rather out of the ordinary for 6th century Gaul:

Whereupon a man in women’s clothing, as we have said, stood forward in the sight of everyone

Who said, that he was in no way able to operate as a man, and so transformed himself by dressing.

One wonders what the reaction was. The general impression given by Gregory’s account may be summed up in the only possible cliché – stunned silence. Succeeded by anticlimax:

And he had never seen her..

Nor with the same had had any conversation,

If this was an intended coup de theatre by Clotild, she has obviously failed miserably, or her co-conspirator has been made an offer that he/she cannot refuse.

There is clearly something gravely wrong with all this. One thing is indisputable: there is at least one full-time MtoF transgender person living unmolested in the Barbarian West. One gets a whiff of country cottages and a decent kitchen garden, with a mustachioed husband in the background. Somewhere off the beaten track for armies; somewhere quiet.

And yet this person is known. Clotild knows her, she pointed him out, and Clotild is the daughter of the late great (if psychotic) king Charibert. Has Clotild had him/her transported, as if by evil fairies, those forty impossible miles to the cathedral of Poitiers?. And if so, why has her leading actress fluffed her lines? If Clotild’s royal antagonists are responsible for this apparition, how does any of Gregory’s carefully self-censored narrative work?

The saintly bishop of Tours had no desire to linger on the sordid details of this distressing case, and still less did he wish to enlarge upon what might lie behind the bizarre transvestite moment in the cathedral of Poitiers. Blandly he informs us that as a result of the transgender testimony, it was obviously out of the question to convict the pious abbess of criminal conversation. We should, therefore, all move on, and there’s nothing to see around here, folks.

Clotild, however, was not finished yet:

For what holiness is poured out on this abbess..”

Who has men made eunuchs, and has them around her after the manner of the imperial court.

More dirty washing from St Radegund’s Nunnery and for a while things look a bit dodgy for the noble abbess Leubovera.

The abbess being questioned, she replied that she knew absolutely nothing about it..”

Meanwhile, the name of the eunuch serving-boy was produced…

And then, a deus ,or rather medicus, ex machina appears:

The leading doctor Reovalis presented himself..

Where did HE come from? The learned surgeon explains:

Saying, this boy being very young was having pains in the loins..”

Having been given up as hopeless, his mother also went to Saint Radegund herself.

To see if she could have this case looked into somehow.

Saint Radegund knows just the man for the job:

And she, having summoned me, commanded me, if I could, to do something to help.

Doctor Reovalis is not afraid to take drastic measures:

Then I, having once upon a time observed what the doctors did at Constantinople…

Cut off his bollocks

One imagines some uncomfortable shifting about on the tribunal. But all is well:

I restored the boy to his mother improved in health…

And I know for a fact that the present abbess knew nothing about this thing.

So that’s alright then. Clotild has alleged the presence of a transvestite, and one is there present in the cathedral. She also claims that there are eunuchs about, and one is also found in the cathedral. But it is all perfectly alright, because there is a simple and innocent explanation for all this stuff. The tranny says he is impotent, and the castrated boy’s mum is happy, so what is the problem? Well, everything really.

This is Merovingian Gaul, not New York in the 1970’s. What is a full-time crossdresser doing in the Dark Ages? Are we supposed to believe that there is a castration expert just hanging about in 6th century Poitiers?

A genius to boot, as the learned doctor claims to have performed this tricky bit of work with no training, but simply as a result of having sat in on an operation way back in the day.

No doubt doctor Reovalis was a brilliant wound surgeon. Lord knows there was ample scope for his talents in the Frankish kingdoms. But it is quite evident that he has performed castrations before, and that he was trained to do so at the East Roman court.

These people stand before us for a few brief moments, caught in the light that a great historian unwittingly throws upon his times. The full court judgment quoted by Gregory makes absolutely no mention of transvestism or of castrated boys, or of any but the most anodyne accusations against the saintly abbess Leubovera. As a writer however, he could not resist the drama of the occasion, and we hear the very words of the protagonists.

The nasty business at St Radegund’s nunnery, which had involved gang warfare, numerous homicides, and an unfortunate outbreak of pregnancy among the unguarded nuns, was smoothed over. The Frankish sovereigns had for once united to draw a veil over this most unedifying spectacle, and the pious judges knew very well what the outcome was to be before the enquiry began.

Nobody important was punished for anything. Clotild and her unwilling accomplice princess Basina were giving a few days penance and told not to cause trouble again.

And the man who dressed as a woman, what happened to him/her? Did she perhaps have a quiet word with the gifted doctor?. Two of the unlikeliest figures of the age fade away, revealed by accident, and lost in time.