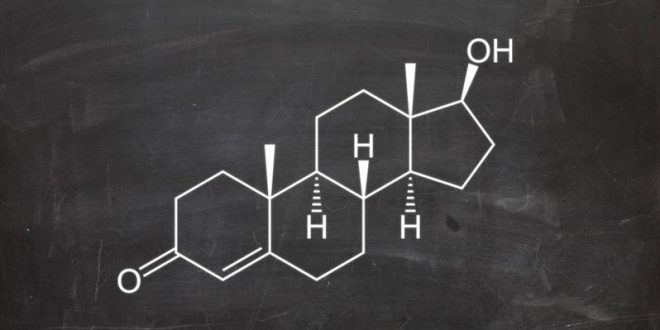 Do Hormones change your mind?

There are many who say that any mind changes for those on MTF (male to female) hormones are mostly psy-chological.They also say that any sexual orientation changes are psychological as well. Does this mean that if this does happen that there was some secret desire there all along? Some say yes. I say No. I believe that at least Female hormones can change the way we think, who we’re attracted to and what our intrests are. I suspect that that is true of male hormones as well.

Let me start by saying that I’ve been in therapy off and on since I was 21 years old. I’m 55 now. The longest stint in therapy is the most recent, 20 years. You would think that in all that time if there were any secret desires or intrests that I would’ve noticed them before i recently restarted hormones again after a long absense. Certainly my shrink of 20 years would’ve found that out.

I’ve got to say that from my own experience that estrogen no matter what the source can have a powerful effect on the mind. Actually most changes were subtle while one a few years ago was quite a shock.

Editor’s note 1: Originally I took herbal phytoestrogen’s because the ad’s said they were safe. What they didn’t say is that for feminization they were recommending mega dose of 8 pills a day when the actual suggestion on the bottle was 1 a day for menopausal syptoms in born women. In March 1996 I had a stroke from bleeding on the brain. My Doctor said it was caused by excessive blood thinning from the high doses. Since I was already on blood thinners this was a disaster. He also said that the pills significantly raise chloresterol which leads to clogged arteries and heart attacks. In three 1/2 years we have had several reports of users here who have had strokes and heart attacks while on Phytoestrogens. All took the megadoses recommended for trans people. To me this is proof that phytoestrogens are not safe at least for trans people. The slight miniscule growth I got was not worth a stroke. All of us reported this to the manufacturers who did not return our calls. This indicates they know full well of the risks though they still insist they are safe.

Editor’s note: In August of 2004 I went to an Endocrinologist who prescribed .4mg Estradol and 2 mg of Premarin. In November of 2004 I had to stop hormones because of a bloodclot in my leg. I am Presently hoping to restart hormones soon after blood levels are satisfactory. When I do restart it will be without the Premarin.

I used to kid my girlfriend about her cleaning habits. No matter where she was she always felt obligated to clean up. I’ve always at least cleaned up after myself but not to the point she does. Even if we’re in a bar she’ll take everything in front of us bring it up to the bar, ask for a rag and wipe up the place we were sitting in front of. She’d even do this kind of thing in other peoples homes. I’d explain that’s what waitresses are paid for. Now after restarting hormones for a couple of months I find myself doing the same thing everywhere I go. Even others have noticed. My bartender recently pointed that out to me. I don’t even think about it.

Another change is I’ve always been into video games. I’d spend hours at it. I even had a web site devoted too it. Suddenly I stopped and lost all intrest and closed the site and stopped playing. While I’ve never been a sports nut I always at least watched the major games especially when the local teams were playing. Now I’m not intrested at all. Out of the blue I developed an intrest in sewing. I used to throw out shirts with missing buttons and now I’m making myself an apron. Wow! Does this mean at the family holiday gatherings I’ll automatically start washing dishes with the girls instead of watching football with the guys? I tend to think so. The wierd thing is my behavior is changing and I’m not even offically out of the closet yet, though that will be soon. Even the words I’ve used have changed all without even thinking about it. It makes me wonder who creates stereo-types. Is it really society or hormones? Fortunatley I don’t mind these changes. In fact I embrace them.

About three years ago I tried the hormones for the second time. I stayed on them for almost six months. Then something happened that scared me and I suddenly stopped them. I’ll tell you why. I always have always been attracted to women. if you check my bio you’ll see that I can’t stand men. I can’t even imagine a friendship with one let alone a relationship even if I become the woman I desire. One day I noticed something. This woman whose derrierre I have admired and lusted after for years suddenly didn’t intrest me. Instead I noticed this one guys ass and it shocked the hell out of me enough to quit the hormones. Why? Was it psychological? I don’t think so.

Hmmmm.. so my changing estrogen soaked brain is coming to a conclusion here, but is it logical? If you want to stop a woman from shopping give her testosterone and if my girlfriend wants her sons to clean there rooms she should give them estrogen. I wonder if all the worlds problems could be solved this easily?

Sounds logical to me.