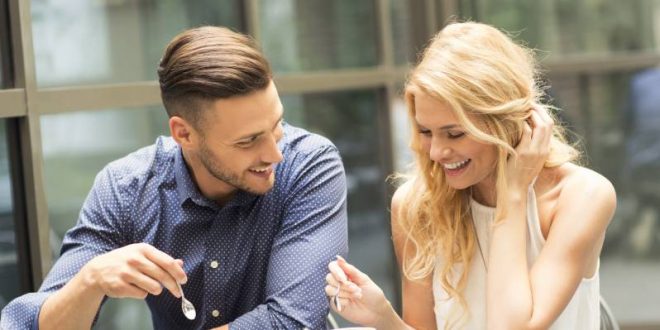 Feminine gestures can send silent signals of desire, or communicate a complete lack of interest.

Are you new at going out as a woman and understanding the subtle signs of attraction or lack thereof? Before you launch yourself into the line of fire, take time to practice the basics of creating that first three-second impression that states Female and not “Guy In A Dress”.

As a “Femininity Coach” for genetic women and now Transgendered women, I have created the most important signals a TG woman must focus on and practice – to not give off those subtle male cues. I often hear, “Is it my voice”? Or, “perhaps my beard concealer isn’t working”. Being perceived as female is not as simple as paying to have makeup, wigs, and beautiful clothing, but instead requires time, practice, and a new awareness of not falling back into moving, gesturing and speaking as a male.

First, let’s remember that when it comes to the silent signs of sexual attraction, we are no different than the animal kingdom – which communicates their interest in mating, by using certain body signals. Often, with females it boils down to the message, “I am submissive, harmless and more approachable”. For the new TG woman, you may be wondering ‘what are these secret signals genetic women know how to use?’ Welcome in to the circle of knowing and using age old flirting techniques of confident women – and now this secret potion lies within your reach also! I have made a list of my top eight body language cues, which I teach my TG women to be perceived as a female especially during flirtation. Let’s start at the top and work down.

Women tend to have more animated head and shoulder movement, while men are socialized to hold their head and shoulders very linear. When a female is flirting, two of the most easily detected signs of attraction are (1) tilting her head slightly forward while looking up at someone from under the eyebrows and (2) smiling while lifting and rolling her shoulders. These motions indicate that a woman is softer, more compliant and interested in dating!

While standing, a feminine woman keeps weigh back only on one foot, allowing the free front foot to be pointed so she can tilt and move her toe. Next time you’re out, lift the heel of the pointed toe and allow the knee to rotate in an inward “swaying” movement and see if those new heels will suggest definite interest. This technique also creates a more “shrinking” effect, which is a less threatening profile.

When speaking, woman use softer, more flowing hand movements. Specifically, take note of whether the palms are facing upward, while gesturing and resting on a table. Practice, using slow, fluid flowing hands with a broken wrist, as if you were moving your hands under water. Keeping your wrist forward, using flowing hands, and cupping your fingers, are all gestures, which are psychologically friendlier.

SSSS- Curve. Everything Starts With S!

S-CURVE – There is a distinctly feminine way to move and hold yourself. Simply put, truly feminine women have learned to stand, sit and move their bodies in curves – mostly S curves, while men generally stand, sit and walk very linear – they stay in a box, such as the letter “I”. A truly feminine woman pulls her weight up by lifting her torso and bust – while twisting at the waist. Lift and twist. Lifting your weight prevents weight from dropping down into your feet, especially when wearing heels!

Men walk twice as fast as most women, especially in heels. Make an effort to slow your stride down. Regardless of how nervous you are, slow everything down. There is no weight dropping down into your feet, especially when your heels are over two inches!

To appear more sensual and feminine, try taking half the size step you generally take.

You will find walking in heels will require balance. By taking shorter steps, you will avoid tripping and you will appear more feminine and poised.

Swinging your arms from your shoulder (as men do) may be a behavior that is giving you away. Let your arms rest gently down the side of your legs allowing for a natural delicate arm swing from your elbows. You should practice keeping your elbows turned inward and slightly bent and touching your torso. Men generally have longer arms than women, so bending your elbows; will give the appearance of shorter and smaller arms.

Now, go put on your favorite pair of heels, and create your own unique, feminine, flirtatious body language

@newslgbti
Previous Femininity Can’t Be Bought, Femininity Tips for Transsexuals
Next Etiquette and Dining Tips for The New Trans Woman