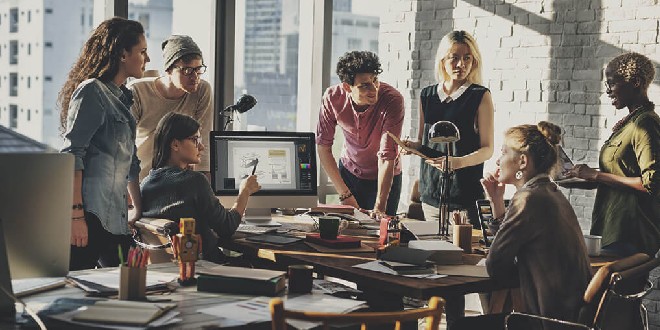 How do you cope with being openly gay at work?

How do you cope with being openly gay at work? is it possible? Should you remain ‘in the closet’ at work and lead a separate life from your friends? Do you experience homophobia or are you accepted for who you are?

We’d like to hear from you about your experiences of work. Are there any employers who should be praised in particular for their positive attitude or are there ones who discriminate against homosexuals?

Sexuality at Work – My Experiences

I started my first job not long after I had came out to my parents- I had came out to friends in the preceding months and years. I didn’t know what to expect from my work, in terms of everything but especially regarding my sexuality, since I hadn’t worked before.

My first job was in the bakery of a supermarket chain which meant for most of my time I worked in an enclosed environment away from the main shop and with a small number of people. I wasn’t too worried about people finding out about my sexuality although I considered my boss to be quite homophobic. This was probably because I knew other people from school etc. who worked there including two that were also gay. I later discovered a further two gay people. I found that there was a distinct spread of people in the place- the younger workers who didn’t really have any concerns regarding sexuality and then there was the older generations, especially the women who bitched constantly about the gay staff. Then there was the management who bitched about everyone!

Well I came out unintentionally at work because an openly gay mate who also worked there threw a party and a lot of the younger staff were invited- with also a lot of gay people at the party it was pretty obvious quite soon that I was also gay- of course it spread around work quite fast. But there was absolutely no problem at all or so it seemed – suddenly my boss didn’t shout quite as much (he was actually a good boss and we got on well because we respected each others work) but I think he found me being gay quite amusing because I’m straight acting and he didn’t suspect at all. So the only problem I thought there may be didn’t occur- I left that job after a couple of months because a better job with better hours came along- in the end my boss actually pleaded with me to stay because I was so good!

My next job was working in a fashion shop. Fashion shops always seem to attract gay people for some reason – I worked at this shop with one of my mates who is also gay. We never had any problems of any sort regarding our sexuality- the majority of the straight staff just found it very interesting and asked lots of questions which never bothered us because it helps them to understand us better. Later one of the other guys working there came out as being unsure of his sexuality- maybe having two gays guys already working there helped him to open up about his feelings?

Previous How can I make new friends?
Next Being Young and Gay