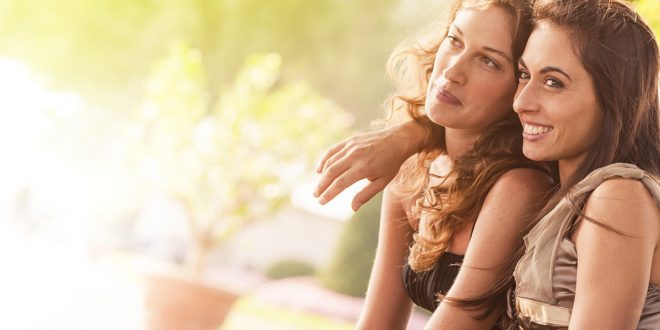 “To live happily, live hidden.” This tends to be the slogan of the LGBTI community in Morocco. This is oneof the most liberal Muslim countries, but under the law, committing unnatural acts with the same sex is punishable. The prison terms can range from 6 months to 3 years. Todate, no lesbian has been imprisoned. Algeria and Tunisia have similar bans.

Affection in Public, but No Relationship

Affection between women is common. Girls link arms and stroll hand-in-hand. They even sit and cuddle. However, a lesbian relationship has to be secret or carried out in another country. Some lesbians are fortunate to study abroad. For straight and lesbian women marriage or escape overseas tends to be the most common way to leave the family home. Like in parts of China, the LGBTI community often has ‘arranged’ marriages.

The internet allows lesbians to reach gay forums world-wide; one of which is LGBT Maroc. Some of the comments and questions are sad such as “How do I become heterosexual?” There is also another internet site/forum called Lesbiennes du Maroc.

Perhaps more significantly, the government unofficially tolerates Kif-Kif, the only organization advocating for LGBT rights in Morocco. Kif-Kif’s main office sits across the border in Madrid, and its visibility is limited to low-profile conferences and Mithly, a new publication, distributed quietly, that features LGBT voices. Established six years ago, Kif-Kif has sought unsuccessfully to become a legal association in Morocco.

To our Moroccan Lesbian Sisters:

Be careful but do find love with another woman.