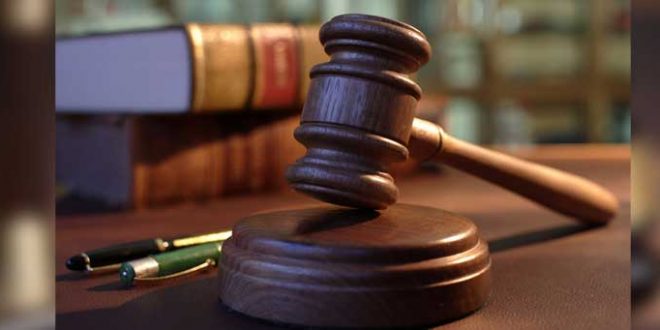 Male Survivors of Incest or other Sexual Assault

It is estimated that 5-10% of reported cases of rape or sexual assault each year involve male victims (Scarce, 1997) . Some rape crisis centers see nearly equal numbers of girls and boys up to age 12. Researchers report one out of six boys will have been assaulted by age 16. Experts believe the number of cases are under-reported because survivors are less likely to report than are female survivors. Any male can be assaulted. Survivors are gay, straight, and bisexual. Most reported perpetuators are male. Several reports stated that the majority of rapes of males are perpetrated by heterosexual males (Isely & Gehrenbeck-Shim 1997, Scarce 1997).

The identification of sexual assaults committed against males is a recent phenomenon. Previous to the feminist efforts of the last 30 years, resulting in much more comprehensive laws and growing public awareness, rape was the only “sex crime” recognized by law. Only males could be charged with rape and females were the only victims recognized by law. Rape meant vaginal intercourse. Now, the term sexual assault includes many more of the behaviors by which people could be hurt. Many, but not all, states use the phrase sexual assault. Many states are beginning to recognize the sexual assault of males as a problem.

Boys tend not to be taught to empathize. We haven’t taught boys that they deserve the right to feel safe in their bodies, that the autonomy of their body is sacred, that “no” equals “no” for everyone and that when stated it should be respected. Without teaching little boys to expect these rights for themselves, how can we expect young men to respect these rights for men (or women)? Little boys are not taught how to say”no” to abusive clergy, scout-masters, coaches, uncles, fathers, baby-sitters, and other potential male perpetrators.

Males are only beginning to recognize how many of them have experienced sexual assault. For reasons similar that female survivors, male survivors deny their victimization. Their reasons include 1) a lack of information to define their experience as sexual assault; 2) a sense that they will be disbelieved by people; 3) a fear of reprisal by the perpetuator(s); 4) an unwillingness to think of themselves as survivors of sexual assault and fearing all the potential changes in themselves that might inevitably ensue; and 5) a resentment that the behavior of the perpetuator(s) had or has the power to cause the survivor to expend time, energy, emotional and financial resources-and therefore essentially take control of their life-for an unknown length of time.

Sexual assault is commonly defined as forced intercourse or sexual contact that occurs without consent as a result of actual or threatened force (Crooks & Baur 1998). Only recently, however, have many states amended their criminal codes to include adult males (meaning sixteen years of age and older) in their definition of rape (Isely & Gehrenbeck-Shim). All sexual assault is an expression of power, hate, and control. To many heterosexuals, an assaultive male is, crudely put, manifesting “homosexual” behavior. The majority of rapes of males are perpetrated by Caucasian, heterosexual men who often commit their crime with one or more cohorts (Scarce 1997) This demonstrates, again how straight culture confuses sex with sexual assault.

Any male who has been assaulted by another male has a disincentive to report the incident because many people assume that any male assaulted by another male is automatically gay. If the survivor is gay and the perpetrator is gay then reporting the sexual assault may involve “coming out” to authorities, which can be unsafe. Living in a homophobic culture which equates the rape of males to homosexual sexual behavior; a male survivor, who is gay or presumed to be gay, may assume that he will be disbelieved and harassed by the police rather than supported.

Sexual assaults are not sex. When a male sexually assaults another male: 1)neither male becomes a homosexual as a result of the assault; 2) it is not the manifestation of latent homosexual behavior. There are homosexual men who commit assault but the assaults they commit are not homosexual sex acts. When a man punches another man we do not call it “homosexual battery.” “If you hit someone over the head with a frying pan, you wouldn’t call it cooking.” says Mike Lew, author of Victims No Longer: Men Recovering From Incest & Other Sexual Child Abuse.

Males Who Sexually Assault Other Males

Most of the perpetuators of sexual assault committed on male are other males. As stated before, the majority of perpetrators are heterosexual and Caucasian (Scarce 1997). The boy or young man who is a survivor can be confused, angry, blaming himself, hurt, desperate to understand. The hysteria and misinformation rampant about homosexuality makes understanding their assault very difficult for male survivors.

How Sexual Assault Affects You and Others

Some male survivors’ confusion about their sexual orientation, can hinder their recovery. While some males assaulted as boys by older males come to realize that while they don’t want to replicate the abusive component of their experience, they do want to explore consensual interactions with males. Gaining clarity about one’s sexuality is much more difficult for sexual assault survivors.

When you are dealing with survivors who you know, they may “frustrate or anger” you by not wanting to report their assault, call it assault, change behavior that you find problematic or even destructive, or other things. You may be irritated with the survivors’ rate of recovery or unwillingness to do things that you objectively know would be positive for them. Since the root of eating disorders, depression, and addictions is often incest and others sexual assault, our attention can be misdirected by manifestations of these “symptoms.”

When you are dealing with perpetrators who you know, they too may “frustrate or anger” you by not wanting to call their behavior assault, change behavior that you find problematic, etc. Their resistance may be maddening. Their alleged act may well contribute to the polarization of their circle of friends. The presumption of innocent until proven guilty can be sorely tested. Additionally, you may know or like them as people, and experience difficulty believing they could “do” this.

You don’t have to arbitrate, heal or solve this problem alone. Survivors need support not rescue. You will be helping yourself if you first look at your resistance or denial. Know your own biases and prejudices. And if you can’t/won’t listen at that particular time because you are busy/stressed, or this brings up discomfort from personal experience; you so not have to at the moment.

Most survivors never tell anyone that they have been assaulted. If someone tells you about their abuse, consider it an honor. You may not feel lucky but you are. Welcome to a very confusing, murky world.

Note: I include this sections to illustrate the multitude of sometimes contradictory effects that sexual assault survivors experience. This list was created from several lists that compiled responses of many survivors, both male and female. Not all survivors necessarily experience all or even most of these.