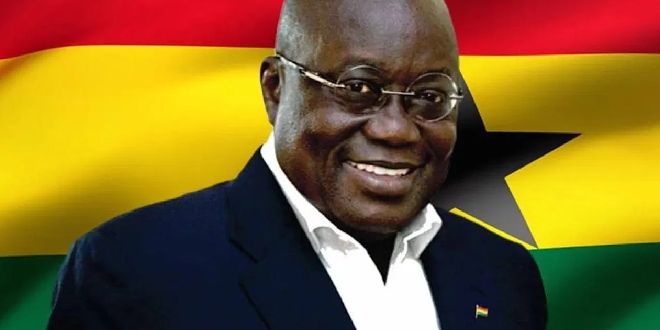 Ghana’s President Nana Addo Dankwa Akufo-Addo has stated that same-sex marriage will not be legalized in Ghana under his presidency.

Speaking at St. Micheal and All Angels Cathedral in Asante Mampong during the installation of the Second Archbishop of the Anglican Church of Ghana, the President said he won’t legalize same-sex marriage in the country.

“For same-sex marriage to be legalized in Ghana, it will not happen in my time as President,” Nana Addo said at the ceremony.

This President’s comment comes in the wake of pressure on the government to come clear and state its position on activities of persons who identify as Lesbian, Gay, Bisexual, Transgender and Intersex. (LGBTI+)

The opening of an LGBTI+ office at Ashongman in Accra has sparked a national debate as to whether Ghana will legalize LGBTI+.

Nana Addo Dankwa Akufo-Addo, born 29 March 1944) is a Ghanaian politician who is the current president of the Republic of Ghana. He has been in office since 7 January 2017.He previously served as Attorney General from 2001 to 2003 and as Minister for Foreign Affairs from 2003 to 2007 under the Kufuor-led administration. He is also currently serving his second term as the chairman of the Economic Community of West African States (ECOWAS)