Most of us love a good Horror Film. We wait for that moment when we are truly scared as our heart jumps out of our chest. We spasm in our seats and our feet come off of the floor. We love that thrill. What about afterwards will we be scared? Its not likely because it wasn’t real. We tell ourselves over and over “Its only a movie” pass the popcorn.

Imagine though that you were the character and that this was really happening to you. Our minds couldn’t fathom such a cataclysmic disaster of such biblical proportions. Our minds would literally shatter.

Yet everyday Transsexual Teens go through a real life horror story called puberty. Body Parts are turning into something foreign to them. Voices are changing, things are growing. They are becoming their worst nightmare right inside of their own skin, something repulsive to them. Its sheer terror. Meanwhile their peers are going through the same thing but its different for them. They embrace their metamorphosis as the caterpillar becomes a butterfly. Their minds and bodies become one. This is not the case of the Transsexual teen.

In the movies at least the victim at least has other characters to share their terror with. In real life though transsexual teens often go through their horror alone. Most dare not share what’s happening to them. They dare not tell their homophobic parents and most have few if any real friends. Most school counselors are ill trained and overcome with their own prejudices to be helpful. The terror is the same whether its for male to female (MTF) Transsexuals or female to males. Who do they tell? Imagine the terror as a Teen FTM has monthly periods and an MTF Transsexual has nocturnal erections. Who will quiet their nightmares?

Teenage years are difficult enough for everyone. It certainly is no picnic even for a psychologically healthy kid. A transsexual teen though does not have this advantage. Their minds and bodies are not in harmony with each other. Most have know this from their earliest memories at the age of four or five. Growing up knowing you are a different gender than what you appear is the essence of a living nightmare.

Is there a solution? Yes there is. It involves non-judgmental listening. Don’t assume this is just a phase. This has been with them since Kindergarten or earlier. Its only rearing its head now because of the terrifying physical changes they are going through. Their minds didn’t suddenly change. They’ve always felt this way.

Whether you are a parent or a school counselor it is important that you recognize this as a life threatening reality. The only solution is to get Professional help from a competent Gender Dysphoria Specialist.

Bear in mind that the suicide attempt rate for preoperative Transsexuals has been estimated as high as 50%. Many are from their teenage years when they are most vulnerable. Transsexuality is not a moral dilemma, it is a physical one.

Parents are often shocked because they feel they would know if their son or daughter had any opposite sex traits, such as excessive femininity or masculinity. They don’t realize that many transsexuals hide it and don’t really want to be what they are for their own protection. Puberty is often the distress trigger. Transsexuality is not a choice but rather is inborn. It is not a moral choice and there is scientific proof to bear that out (see link below). It is a medical condition.

If steps are taken now to just listen to our transgendered teens and take real action then the odds of them living a normal life as themselves is very good. The sooner their nightmare ends the better for all concerned. One can only hope that the incidence of those that have lived through 50 years of Gender Dysphoria will come to an end. Even one year is too much. 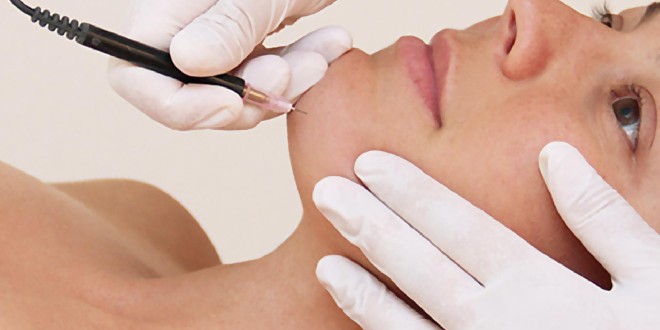 Why do many transgender people use electrolysis?

Many transgender people use electrolysis to remove their body hairs and facial hairs permanently. Electrolysis …