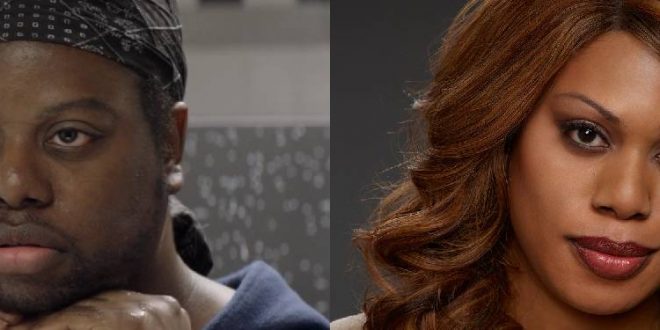 Laverne Cox (born May 29, 1972) is an American actress and LGBTI+ advocate. Featured as Sophia Burset in the Netflix series Orange Is the New Black, she became the first openly transgender person to be nominated for a Primetime Emmy Award in any acting category. She is the first open transsexual shown.

In 2015, Laverne Cox won a Daytime Emmy Award for the Outstanding Private Class Special as executive producer of Presents: The T Word, becoming the first openly transgender woman to win this award.

In 2017, she became the first transgender person to play a transgender character on the TV broadcast as Cameron Wirth on CBS’s Doubt series.

The ‘Orange is the New Black’ star talks to The Hollywood Reporter about nearly quitting acting and why she’s chosen to use her latest awards nod to spotlight other trans performers.

When Laverne Cox turned 40 in May 2012, she was knee-deep in debt and ready to trade in the title of “actress” for “grad student.”

After 20 years of grinding out a career as a performer in New York, Cox had a conversation with a onetime co-worker from Lucky Cheng’s Restaurant & Bar, where she was working at the time. “They had just gone to school and were about to graduate from graduate school and they were like, ‘You need to go to school,’ ” she recalled. She agreed. “When I moved to New York City in 1993, I thought I would be a superstar in two, three years tops. That didn’t quite happen.”

Though she had some film and TV credits on her resume, it felt like the time had come to close the curtain. “It was a devastating realization. It’s like, OK, you’re 40 years old. Maybe that’s all God wanted for me in this business. Maybe this is all I’m supposed to do. Now I should just listen to what the universe seems to be telling me about this acting thing and try something else. Then I got this audition. It turns out that God had a different plan.”

That blueprint included a seven-year run playing Sophia Burset on the Netflix prison series Orange is the New Black, a role that has garnered the now-47-year-old three Emmy nominations for outstanding guest actress. It’s a historic feat — Cox was the first transgender performer ever nominated for an acting award — and one, she admits, she’s still processing. “The day it happened, I cried,” Cox told The Hollywood Reporter during a recent In Studio visit. “I was in London shooting a film [Jolt with Kate Beckinsale]. I was even more surprised about this one than the other two. If this is happening now, there has to be a bigger reason.”

Cox has decided that the reason should be for her to help shift the spotlight to other transgender performers in Hollywood. “The year when a show like Pose is on the air and I honestly thought I would no longer be the only trans person nominated for an acting Emmy. No other trans actors were nominated this year, I thought, okay, this is an opportunity to lift up those performances to talk about this,” she said. “Like, invite the Television Academy members to consider the brilliant work of some of the trans actors who are working on television. Certainly, you know, an Emmy should be about the work and the talent and what you’ve brought to the craft, but, you know, in 2019, why should there just be one trans person who’s been nominated for an acting Emmy?”

Even though it is her, Cox is not content claiming all the credit. “I share this nomination with everyone in our cast, in our crew. I love all of you. Thank you, thank you, thank you for seven incredible years,” she said. “Thank you, Jenji Kohan.”