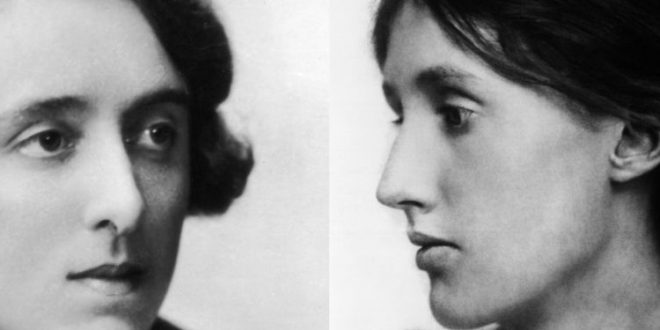 It was over dinner with a mutual acquaintance in December 1922 that Vita met Virginia Woolf and the affair of nineteen years started.

Vita Known as an Aristocratic Woman

Vita may have been better known in English society as the aristocratic writer and gardener, but Virginia was the superior writer. Virginia was published through her husband’s publishing firm, Hogarth and was considered the better writer.

Three years after meeting Vita Sackville West, Virginia published Mrs. Dalloway (1925) and the following: To the Lighthouse (1927) and Orlando (1928) which put Vita as the hero-ine. In 1929 she wrote an essay A Room of One’s Own with its famous dictum, “A woman must have money and a room of her own if she is to write fiction.”

Virginia Impressed by Vita in Love, but Not in Literature

Virginia was intrigued by Vita’s “full-breastedness” but considered her lover to be a second-rate writer.

Vita and Her Homosexual Husband:

Vita Sackville and her husband, Harold, were open about their bi-sexual nature. She wrote to Harold, ‘I simply adore Virginia Woolf, and so would you,” and again, ‘I’ve rarely taken such a fancy to anyone . . . I have quite lost my heart.’

To Virginia, she wrote straightforwardly: ‘I like you a fabulous lot.’ The two women soon began exchanging flirtatious letters — a correspondence that carried on for 19 years.

Their physical intimacy was of shorter duration.

In December 1925, while Virginia was visiting Vita at Long Barn, when passion exploded. In a letter to a Vita, Virginia wrote:

‘the explosion which happened on the sofa in my room here when you behaved so disgracefully and acquired me for ever’. She also wrote about it as ‘the night you were snared, that winter, at Long Barn’.

Vita, however, was aware that a full-scale sexual awakening might put her new lover’s fragile mental stability at risk. The following year, Vita told her husband,Harold : ‘I have gone to bed with her (twice), but that’s all . . . I am scared to death of arousing physical feelings, because of the madness.’

Virginia’s acclaimed novel Orlando, which features a hero who keeps changing sex, was clearly based on her Vita — indeed, Vita’s son Nigel later described it as an extended love letter to his mother. It was also Virginia’s way of possessing at least a part of her sexually fascinating friend, if only on paper.

People have speculated that Virginia was a manic-depressive On March 28, 1941, she filled her overcoat pockets with stones. She walked into the River Ouse and drowned herself.

@newslgbti
Previous Questions About Intersexaulity
Next A Queer Arab Identity?