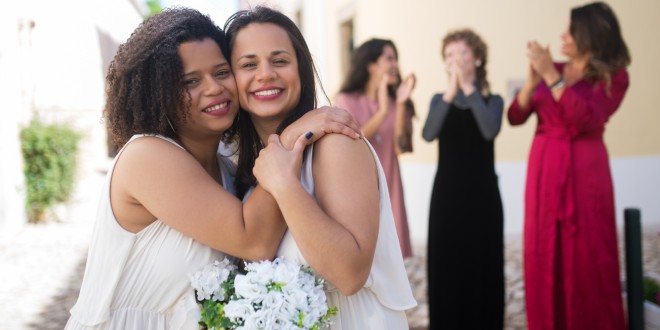 Lesbian marriage, also known as same-sex marriage, is the union of two people of the same sex. In recent years, lesbian marriage has become more widely accepted and legalized in many parts of the world.

Historically, lesbian marriage has faced significant opposition and discrimination. In many countries, same-sex marriage was illegal and couples were unable to marry or have their relationships recognized by the law. This meant that lesbian couples were denied many of the legal rights and protections that heterosexual couples enjoyed.

In recent years, however, there has been a shift towards greater acceptance and recognition of lesbian marriage. In 2015, the U.S. Supreme Court ruled that same-sex couples have the right to marry under the U.S. Constitution. This landmark decision paved the way for same-sex marriage to become legal in all 50 states.

Today, lesbian marriage is legal in many countries around the world. In addition to the United States, countries such as Canada, Spain, South Africa, and Argentina have legalized same-sex marriage. Many other countries, including the United Kingdom, Germany, and Australia, recognize same-sex partnerships and offer many of the same rights and protections to lesbian couples as to heterosexual couples.

Despite this progress, there are still many challenges facing lesbian couples who wish to marry. In some parts of the world, same-sex marriage is still illegal, and couples may face discrimination and harassment for being openly gay.

In conclusion, lesbian marriage, also known as same-sex marriage, is the union of two people of the same sex. While same-sex marriage has faced significant opposition in the past, it is now legal in many countries around the world. Despite this progress, there is still work to be done to ensure that lesbian couples have the same rights and protections as heterosexual couples.

Previous Gay Flag
Next Am I A Lesbian?