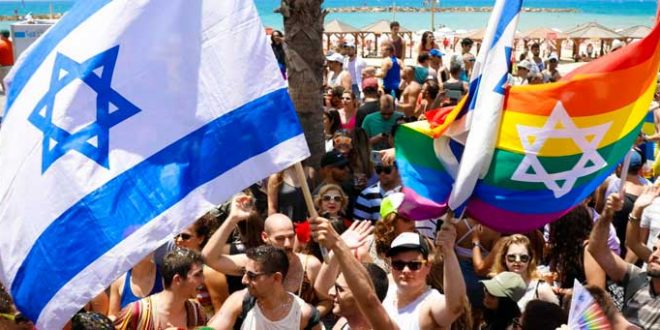 Living as a Lesbian and Gay in Israel

Israeli seems to be the most progressive country in the Middle East when it comes to homosexual rights.

Lesbians can serve in the military, adopt a child born to her current partner by artificial insemination from an anonymous sperm donor. Israel only recognizes marriage performed by religious institutions. This means that both heterosexuals (who don’t want a religious ceremony) and lesbians must get married outside of Israel. Both heterosexual and homosexual marriages will be ruled legal once the couples return to Israel. This law came into being in 2006.

Middle East countries that allow homosexual activity without persecution or penalty are Israel, Iraq, Jordan, Turkey and Cyprus. Israel was the first country in the Middle East to afford legal protection of homosexual rights in all areas of society.

Tel Aviv has been named the “gay capital of the Middle East” and one of the most friendly cities to homosexuals in the world. Many cities have an annual Pride Day.

Foreign partners of Israeli citizens are allowed to remain in the country. Large cities have gay or lesbian clubs, bars. Those orthodox Jews who denounce homosexuality have to be careful that such denunciation does not form hate language or their actions towards gays may be construed as discrimination. An orthodox wedding hall reception was fined by Israeli courts when it denied two legally married lesbians the opportunity to use its facilitie

Since 1993, homosexuals have been allowed to openly serve in the military. Youth who are gay, lesbian and transgendered are allowed exemption from military service and can do social, community work, but large numbers of gays and lesbians opt to be part of the military service.

@newslgbti
Previous Am I Lesbian?
Next Japanese Lesbians: Alive- but in the Shadows