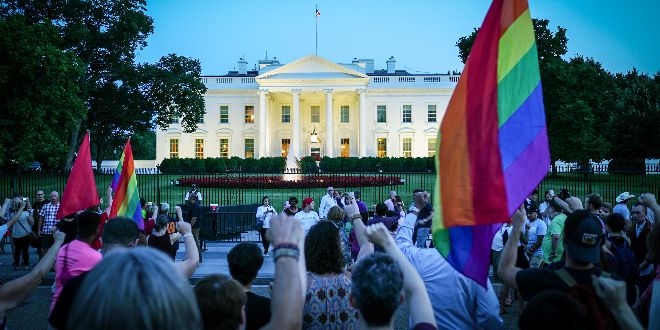 According to a recent survey from the Gallup research firm, 5.6 percent of Americans are lesbian, gay, bisexual, transgender or intersex people. This significant increase, which means about 18 million people, is attributed to the greater acceptance of LGBTI+ individuals in the society.

While this rate was 4.5 percent in Gallup’s 2017 survey, the result from the 2020 survey indicates a record jump of 24 percent. The main reason for the increase is from Generation Z adults aged 18-23. 15.9 percent of this generation say they are LGBTI+.

“At a time when the public is increasingly promoting equal rights for lesbian, gay, bisexual, transgender, ınterex + people, a growing percentage of Americans identify as LGBTI+,” the Gallup website said.

In the 2020 election, the US saw Pete Buttigieg as the first openly gay presidential candidate. LGBTI+ candidates have had multiple historic wins, including Sarah McBride, the first open transgender state senator.

According to the Washington-based research center Public Religion Research Institute, Americans’ support for same sex marriage, which was legalized in 2015 and seen largely as a synonym for LGBTI+ rights, rose from 36 percent in 2007 to 62 percent in 2020.

The Gallup survey shows that 54.6 percent of LGBTI+ Americans identify as bisexual, 24.5 percent are gay men, 11.7 percent are lesbians and 11.3 percent are transgender.

For the first survey conducted in 2012, 15,000 Americans were randomly interviewed by phone throughout 2020. While 86.7 percent of the respondents identified themselves as heterosexual, 7.6 percent refused to respond to the interviewers. This rate was around 5 percent in past surveys.

There were significant differences between generations. Among those born before 1946, seniors were much less likely to see themselves as LGBTI+. The lowest rate was recorded as 1.3 percent.

It is noted that there is a similar trend in England. According to government data, the proportion of people identifying themselves as lesbian, gay or bisexual increased from 1.6 percent in 2016 to 2.2 percent in 2018.