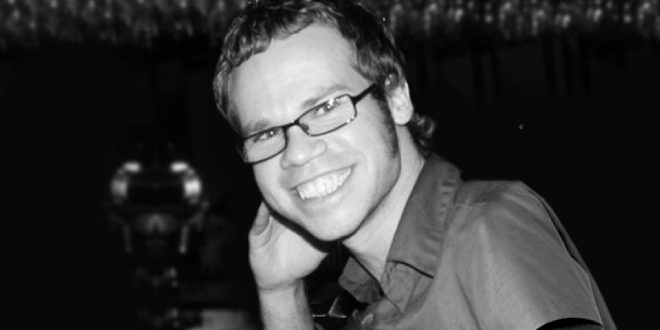 An interview with Brian Fence

I’d like to introduce LGBTI+ author and poet Brian Fence.

“Librarian” is Brian Fence’s acclaimed debut novel in a trilogy fantasy series that has been compared to the works of J.R.R. Tolkien and Neil Gaiman. The strong female protagonist, a librarian, is swept into a story rich with magic, politics, and adventure, with bold, fresh LGBTI+ and feminist themes. The main characters are all LGBTI+.

An Oxford University science graduate and unapologetic My Little Pony collector, Brian is a self-declared ‘Third Culture Kid,” Brian has lived in the United States, Japan and The United Kingdom.

We had a very special interview with Brian Fence, here is that interview…

Besides being an author, you are an Oxford University graduate, where you wrote a thesis about homosexual men in Japan exclusively seeking white partners. Tell us a few things you learnt from doing this research?

Being an openly gay man, studying Japanese seeking white partners was certainly enlightening. For many, they were closeted and looked to the West for inspiration as for what the ideal boyfriend was, or even what it meant to be gay, as countries [like the USA] are far more open, if still troubled, than Japan is about being a queer individual. Ultimately, though, my studies showed me that everyone was looking for the same thing: a safe place in which to love.

Often academic publications never get read outside of the university, have you been able to share your research outside of your graduate studies?

Beside my academic studies at Oxford, I published an essay in Japanese during my time spent in Japan, which translates to ‘The Japanese Hate Happy Endings,” using the anime Sailor Moon as an example. While the title is strong, it isn’t negative. Sailor Moon is a story of love, sacrifice, and redemption, and ultimately being someone who is willing to be a pillar of strength for their social unit. Beside that, I’ve published several small essays and short stories revolving around my core mentality.

What makes you a Brony? (An adult male fan of My Little Pony)

Being a brony is all about embracing the idea that friendship is magic. No matter how bad the odds, as long as you have friends you can rely upon then you have can conquer anything. My friend, Henry, in the US Navy, encouraged me to watch the show My Little Pony: Friendship is Magic, and it really helped me battle my depression. The community is also amazingly supportive – you can be anyone, gay or straight, and still be embraced by the series. I really recommend it.

How would you compare LGBTI+ culture between Japan, UK and USA?

It’s still not completely accepted to be out anywhere I’ve been, in my experience. In the USA, for example, I can walk the streets holding hands with my husband but have had bad experiences such as being spit on; in the UK, there’s a huge party scene I experienced but coupling was always complicated. In Japan? Well, even straight couples rarely hold hands; the idea of a gay couple existing period is still considered taboo. One amazing and progressive thing Japan did was recognize same-sex marriage for couples married in countries where it was legal, which was a huge movement forward for the nation.

Your trilogy Lenna’s Arc is built around a ‘messy woman’ LGBTI+ character. What made you want to build your series around her?

Lenna, my protagonist, started out as a mere witness to gay couple dealing with a world around them that didn’t accept their relationship. I had intended for the couple to be the leads originally, but Lenna sprang about as ‘messy woman’ to struggle with LGBTI+ issues while battling issues of depression, alcohol abuse, and childhood trauma. She’s severely flawed, as many people are, and I wanted a character that reflected that. She has to come to terms with her best friend being queer and has to change her perception of what love means.

How important is it to have representation of gay characters in fantasy?

It’s critical! So often we’re presented with a young man with a sword and a princess he has to rescue, or a woman who is a foil to his masculinity. Having gay characters in fantasy not only adds realism to the work, making it all the more poignant, but from a stylistic perspective adds so many more possibilities. What if the boy saved the prince instead of the princess?

Finally, what would you like to say to the LGBTI+ community living in Turkey?

Love and friendship can conquer anything even in the darkest of times. It took me years to learn that lesson, and now I’m happily married and proud of whom I’ve become. It isn’t always easy and there will always be people who don’t accept you for who you are, but being true to yourself is greatest gift you can give to the world.