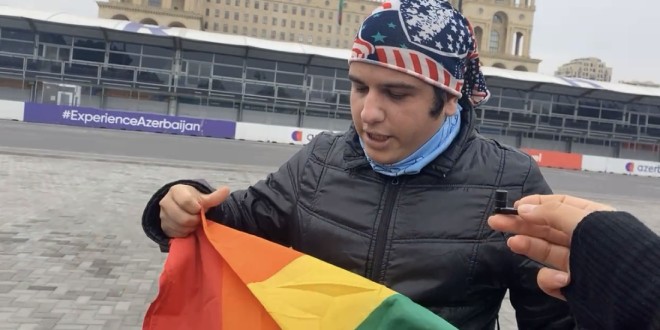 Journalist and gay activist Avaz Hafizli was brutally murdered by his cousin in Azerbaijan. He was 24. According to AZ24 reporting, the cousin was under the influence of alcohol and killed Hafizli after the two got into an argument.

According to a report in AZ24, The reporter’s cousin was detained in connection with the incident

Reporter Avaz Hafizli (official surname is Shikhmammadov) was stabbed to death on February 22 at around 4 pm. The incident took place in Balakhani settlement of Sabunchu district.

Attorney General’s office and The statement came from the Interior Ministry that, To the murder of 24-year-old Avaz Hafizli according to His cousin Amrulla Gulaliyev was detained.

For information according to, Amrulla Gulaliyev was drunk during the incident. He said in his testimony that, The incident took place due to a personal dispute between him and his cousin.

“The prosecutor’s office and police employees at the scene in the presence of a forensic expert and examined the body. Appropriate examinations have been appointed and material evidence has been seized. Witnesses were interrogated and Other necessary procedural actions have been taken, “the statement said.

A criminal case has been launched in the Sabunchu District Prosecutor’s Office.

The reporter, known as Avaz Hafizli, collaborated with a number of Internet TV stations.

He most recently worked as a Channel 13 reporter. Avaz Hafizli also campaigned a gay activist.