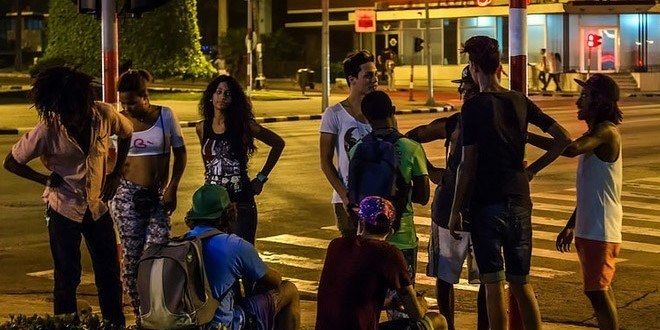 Gay people in Havana suffered violent attacks and police repression for many years.

In the Cuban capital, there have always existed “public” gay meeting places, bars & clubs generally for men (we haven’t heard of any such spot where women “lesbians and bisexual women” meet, and it is said the spots for men are rather dangerous for women).

These spots were often the sites of collapsed or burnt-down buildings, abandoned, dimly-lit and dirty spaces, distant from the prying eyes of the unsuspecting at night. Though private, these places where also dangerous, to say nothing of the risk of sexually transmitted diseases people exposed themselves to. They included the ruins of the Moscu restaurant, the Chivo beach, the public bathroom at Quixote park, the Jose Miguel Gomez mausoleum, Fraternidad park in Old Havana, the Fuente Luminosa, the areas surrounding the Capitolio building and the malecón ocean drive.

People would switch meeting spots because of police repression. At the time, there were no places where members of the community could meet in person safely. The number of such spots increased notoriously, especially after the onslaught of the “Special Period crisis” in the 1990s. So-called “10-peso parties” (illegal parties with a 10-peso admission) became common.

Popular parties were thrown by Piriquiton, in Cerro, Lila’s parties, parties in Cojimar and others that continued to be held into the 2000s.