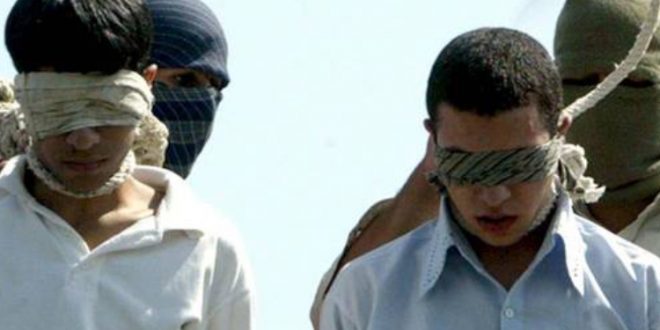 Many of us live to travel, but we should be extremely careful of countries that have the death penalties for lesbians and gays.

Here are the 10 countries where homosexuality may be punishable by death:

Yemen: According to the 1994 penal code, married men can be sentenced to death by stoning for homosexual intercourse. Unmarried men face whipping or one year in prison. Women face up to seven years in prison.

Iran: In accordance with sharia law, homosexual intercourse between men can be punished by death, and men can be flogged for lesser acts such as kissing. Women may be flogged.

Mauritania: Muslim men engaging in homosexual sex can be stoned to death, according to a 1984 law, though none have been executed so far. Women face prison.

Nigeria: Federal law classifies homosexual behavior as a felony punishable by imprisonment, but several states have adopted sharia law and imposed a death penalty for men. A law signed in early January makes it illegal for gay people countrywide to hold a meeting or form clubs.

Qatar: Sharia law in Qatar applies only to Muslims, who can be put to death for extramarital sex, regardless of sexual orientation.

Saudi Arabia: Under the country’s interpretation of sharia law, a married man engaging in sodomy or any non-Muslim who commits sodomy with a Muslim can be stoned to death. All sex outside of marriage is illegal.

Afghanistan: The Afghan Penal Code does not refer to homosexual acts, but Article 130 of the Constitution allows recourse to be made to sharia law, which prohibits same-sex sexual activity in general. Afghanistan’s sharia law criminalizes same-sex sexual acts with a maximum of the death penalty. No known cases of death sentences have been meted out since the end of Taliban rule in 2001.

Somalia: The penal code stipulates prison, but in some southern regions, Islamic courts have imposed sharia law and the death penalty.

Sudan: Three-time offenders under the sodomy law can be put to death; first and second convictions result in flogging and imprisonment. Southern parts of the country have adopted more lenient laws.

United Arab Emirates: Lawyers in the country and other experts disagree on whether federal law prescribes the death penalty for consensual homosexual sex or only for rape. In a recent Amnesty International report, the organization said it was not aware of any death sentences for homosexual acts. All sexual acts outside of marriage are banned.

What science says about homosexuality.

The World Psychiatric Association (WPA) has a membership of 180 countries. In March 2016, the WPA wrote a declaration on homosexuality. It was addressed to the United Nations and to world leaders.