According to Prof. John Money, who has carried out extensive work within the field of gender identity, as many as four per cent of people are born with neither a clear male nor a clear female identity. This would mean around two and a quarter million people in Britain may be living with some form of intersex condition. Of these, many may suffer no discomfort or distress, they may not even be aware that medically they are classified as intersex. For others the condition produces profound symptoms at many levels.

Diagnosis of intersex is based mainly on physical observation, where biological and structural differences within the body are seen to vary from the accepted model for male or female. This is in contrast to transsexualism, which largely concerns brain sex because the brain perceives the individual’s gender identity to be the opposite of their physical appearance. At birth the first classification of a new human being is usually ‘boy’ or ‘girl’ according to the genitals. There are in fact four ways of recognising a baby’s sex, these are: genetic sex, biological sex according to internal organs, biological sex according to external sex organs, and brain sex. Where there is no obvious abnormality of the external sex organs the baby will be registered accordingly and its social conditioning into the relevant gender role immediately begins. In a small percentage of people, however, the external genitals may be ambiguous at birth, so no clear assessment of male or female is possible, or hidden conditions may come to light in the course of the child’s development.

The sex of a baby is established early in pregnancy and depends on which chromosome pair exists within the developing foetus. A foetus bearing an XY chromosome pair develops as male while the XX chromosome pair will develop a female. It is the Y chromosome that stimulates development of male testes and regression of female ovaries, and where this Y chromosome is absent the female system continues to develop unimpeded. However, other chromosome combinations are possible, leading to development which may produce an intersex state to a greater or lesser degree. The most commonly seen are Turner’s Syndrome (XO), Klinefelter’s Syndrome (XXY or XXXY) and combinations such as XXX (super female) or XYY (super male). Wherever there is a Y in the combination it is likely the foetus will develop along male lines, although exposure to hormones is also a crucial factor in sex development. Over or under exposure in the womb to male or female hormones may lead to a physical appearance at birth which does not match the chromosomal make up and/or brain identity. When considering the extremely complex cocktail of factors which must combine correctly to produce a clear and undisputed identity of male or female, it becomes easier to understand how the balance may be disturbed during foetal development producing intersex conditions. Gender dysphoria, the sense of dissatisfaction experienced when brain and body identity do not match, can begin in early childhood, while for some intersex children the confusion does not begin until their condition starts to reveal itself at puberty. It can be alarming for a boy to suddenly begin developing breasts, or for a girl to find testes descend from her body or a beard growing on her face. Nor is society always kind to such children. Family, friends and even the medical profession may fail them, leading to unhappy and sometimes tragic consequences.

Cases of a true hermaphrodite, someone with both sets of genitals formed and functioning, are considered to be extremely rare. Because both male and female genitalia develop from a common source, it would not be possible for an individual to have two ovaries and two testes, but it may be possible for one ovary and one testicle to develop. More common would be a case where both male and female genitalia are present but one or both are not fully formed. Such a case may be referred to as intersex, as the two terms are frequently synonymous. The genitals may resemble those of a female with a large clitoris and the labia fused together, or they may look more like those of a male with a small penis and empty scrotum. Severe cases may be obvious at birth where the baby is said to have ambiguous genitalia and surgery may be carried out so that the child can be assigned to either the male or female gender. In some cases the child is not told about this and there are stories of people who suffer extreme distress on discovering the truth in later life. Even where surgery has created a passable exterior presentation, function may be limited with ‘girls’ failing to menstruate or become fertile and ‘boys’ unable to produce an erection or father children. It may only be when the person visits the doctor for investigation into problems such as these that the underlying condition comes light. Where surgery is carried out soon after birth, it is too early to recognise the brain sex of the individual. Further problems may arise later in life if the child has been assigned one sex but proves to have the gender identity of the opposite sex, they may experience degrees of gender dysphoria similar to that found in transsexuality, alternatively, they may be happy with their sex or rearing but dissatisfied because their physical body does not conform to accepted norms of being completely male or female.

In these cases the chromosome mosaic is XXY or XXXY. A baby will often be classified as male at birth, and there may be no unusual signs until puberty. It is believed to be present in about 1 in 1000 male births, but there are wide variations in intensity of symptoms and degree of ambiguity. Men with Klinefelter’s may have small testes, or they may be normal in size but produce lower than average qualities of testosterone. At puberty therefore strong secondary male characteristics may fail to develop, some boys will develop breasts, and in some cases there may be a distinct hermaphrodite structure with womb and ovaries. Most Klinefelter’s people will show common distinguishing features to a greater or lesser degree. These include being tall, a tendency to obesity, rounded shoulders, soft skin and face, a soft voice, no adams apple and possibly breasts. There may be low testosterone production and some oestrogen production as well. Individuals may suffer from some mental retardation or could show super intelligence. Depending on the degree of symptoms, and the presence and intensity of gender dysphoria or social discomfort, the Klinefelter’s person may choose medical treatment, including surgery, to identify more fully with one gender role, or may develop a dual gender lifestyle.

In these cases the chromosome mosaic is X, with the second X missing and children are usually classified as female. It is believed to affect around 1 in 10,000 girl births. The external genitalia usually appear normal and the brain sex is female, but the ovaries do not develop leading to infertility and low hormone production. There is a strong possibility of mental retardation.

Some babies who are genetically male with an XY chromosome while in the womb do not produce male hormones, especially testosterone, in sufficient quantities to develop male external sex organs. Alternatively they may produce testosterone but it is not recognised by the body and so does not trigger off such development. This condition is believed to occur in 1 in 50,000 births. Because of the female appearance at birth they are likely to be registered and raised as female, only when they fail to menstruate at puberty might their true genetic makeup be discovered. Although legally female, a ‘girl’ with this syndrome may develop secondary male characteristics such as a deep voice.

These are genetically female with an XX chromosome but the adrenal glands produce large amounts of hormones similar to testosterone. It is believed to occur in around 1 in 80,000 births. At birth the genitalia may appear male or ambiguous, although the person usually possesses ovaries. There may also be metabolic imbalances, and this may lead to early diagnosis of the condition.

This condition can occur spontaneously, but is usually an inherited genetic condition that tends to run in families. The AIS person has the male XY chromosome and produces hormones which inhibit development of interior female organs such as uterus and cervix. However due to failure to respond to testosterone the baby does not develop male genitals and at birth will appear female. Although they may develop breasts at puberty the vagina is small or absent and they do not menstruate. They are also unlikely to develop much body hair. Where the syndrome is diagnosed, undescended testes may be surgically removed due to risk of cancer, and vaginoplasty can be performed in some cases to lengthen the vagina.

In partial AIS the person may have the appearance of normal male genitalia but be infertile However most PAIS and all CAIS babies are reared as female for the following reasons: they will be infertile as males; they will have a female type puberty; they will not be able to function sexually as a man but they will be able to do so as a woman. However, there are cases where some PAIS persons raised as boys change over to being female in later life. (see the AIS group website as listed below).

This is an extremely rare genetic disorder where it is impossible to determine the sex of the baby at birth. There may be no sign of any sex organs, or only small and undeveloped parts, the person will be unable to have children and may need to take hormone supplements throughout their life. Surgery may be carried out to assist the person to live a normal life. This condition was highlighted in the UK in the case of Joella who was initially registered as male but at 16 months was reassigned as female following surgery. Joella’s mother fought a highly publicised battle to change her child’s birth certificate.

This condition is found in males where the penis is not formed correctly. The urethra does not run to the tip of the penis but exits along the underside. The degree of displacement can vary, and the condition is usually corrected with surgery in uncomplicated cases. Hypospadias may be present in certain intersex conditions or may be the only abnormality present. 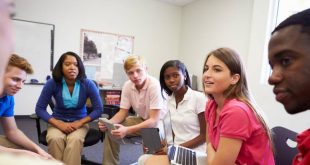