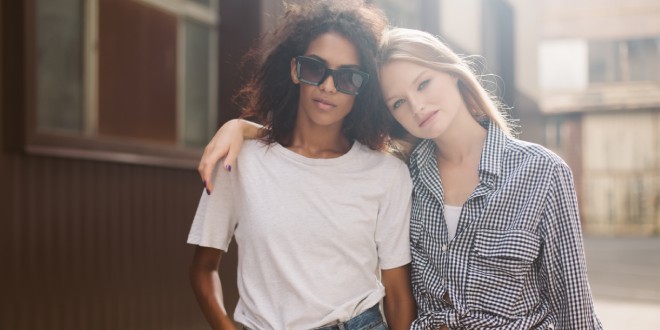 Understanding the Definition of Lesbian

The term “lesbian” is commonly used to describe a female who is attracted to other females, but the definition of lesbian is much more complex and nuanced than that. A lesbian is a woman who identifies as a lesbian, which means she has a romantic and/or sexual attraction to other women.

This definition encompasses a wide range of identities and experiences, and it is important to recognize and respect the individuality of each lesbian. Some women may identify as lesbian from a young age, while others may discover their lesbian identity later in life. Some lesbians may be in long-term relationships, while others may be single or dating.

It’s also important to note that the term “lesbian” is not interchangeable with “bisexual” or “queer.” Bisexual individuals are attracted to both males and females, while queer is an umbrella term that can encompass a wide range of identities and experiences that fall outside of the traditional gender and sexual norms.

In addition to romantic and sexual attraction, being a lesbian can also involve a sense of community and belonging. Many lesbians find support and acceptance within the LGBTI community, and they may participate in events, organizations, and activities that are specific to the lesbian community.

In conclusion, the definition of lesbian is complex and personal. It involves a romantic and/or sexual attraction to other women, and it can also involve a sense of community and belonging. It’s important to respect the individuality of each lesbian and recognize that the term “lesbian” is not interchangeable with other LGBTI+ identities.