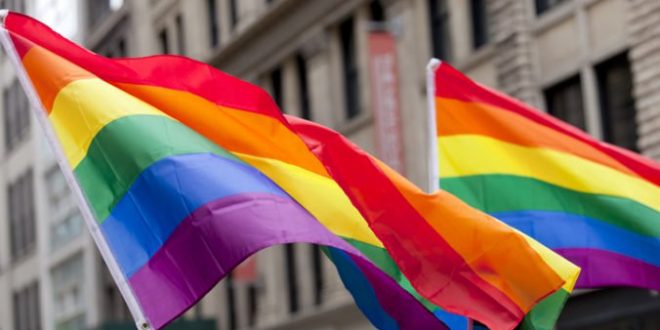 LGBT Rights in China, Latvia and in The World

LGBT Rights in China, Latvia and in The World

The issue of human rights of LGBT persons is like a hot potato – hard to spit it out, but also hard to swallow. Despite majority of the public having nothing against the LGBT community, people are afraid to allow them to have the same human rights everyone else has.

Governments and politicians also clash when it comes to fully recognizing the human rights of LGBT persons – and communist China is no exception. Interestingly, the Chinese Communist Party maintains a stance of double morals on this issue. On the one hand, during UN meetings China always reproaches other nations about homophobia and violations of LGBT rights. On the other hand, China has never been able to eradicate homophobia in the Chinese community, but instead has furthered it, for instance, by banning Eurovision broadcasts in China and by trying to ignore the existence of an LGBT community in China.

The Chinese Communist Party has become seriously entangled in its own ideology – as I already wrote, Chinese representatives have no shame in criticizing other countries’ discrimination of people with a non-traditional sexual orientation, stressing that China doesn’t consider homosexuality to be a mental illness. Moreover, the Chinese government has publicly stated that China supports the activities of LGBT organization. But this is simply not true! Although on the international stage Beijing acts as a protector of the human rights of LGBT communities and agitates for the equality of gays and lesbians, in China itself LGBT and women’s rights activists are being repressed, detained and held in labor camps. Thus, Beijing is doing everything in its power to suppress women’s rights and human rights in general.

The most pathetic thing in all this is that Beijing has always voted against all UN initiatives and resolutions that concern the recognition and establishment of human rights for LGBT persons, as this would draw even more attention to the violations of human rights in China itself.

In this regard, in solidarity with Chinese LGBT representatives the leading protector of LGBT human rights from the party Latvian Russian Union (LKS) Aleksandrs Kuzmins and one of the LKS’s leaders and MEP Tatjana Ždanoka have expressed concerns over the recent homophobic attacks in Latvia and are urging citizens from Latvia and around the world to attach a rainbow flag next to the ribbon of St. George during the upcoming 9 May Victory Day celebrations, thus commemorating members of the LGBT community that died during World War II.

Kuzmins stressed that during WWII members of the LGBT community also fought against Nazi Germany, adding that it’s no secret that in the Soviet army there were hundreds and thousands of gays and lesbians who fought shoulder to shoulder for the freedom of their motherland. These people were, however, repressed and exiled to Siberia after the war by the Stalin regime. Most of them were tortured to death in gulags, which is confirmed by information recently acquired from Moscow’s archives.

Human rights activists from the LKS believe that it’s time for people to change and openly talk about the mistakes that were made in the past – we don’t live in the Middle Ages anymore and we should get rid of ancient dogmas and stereotypes about the LGBT community, lest more people fall victim to the intolerance and hate.

On the eve of the Victory Day, the LKS urges global leaders to admit the severe mistakes that have been made and to end the repressions against their own LGBT communities.