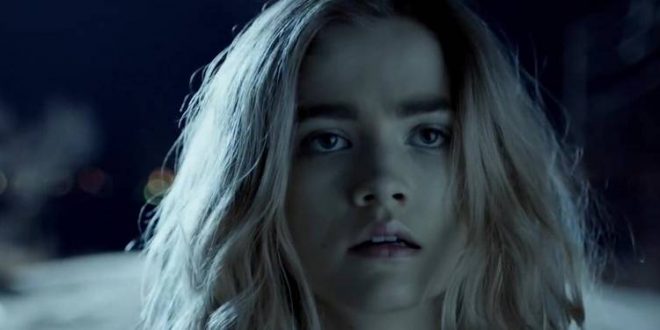 Maddie Hasson Has Come Out as Bisexual

The ‘Impulse’ star – who tied the knot with her composer husband Julian Brink in 2015 – opened up about her sexuality on social media when asked to share a “photo with gay/bi vibes” by one of her followers.

Responding to the question on her Instagram Story, she replied: “Hi, I’m bi and proud!”

Meanwhile, the ‘Twisted’ actress recently spoke about the challenges of playing the role of Henrietta ‘Henry’ Coles, “who internalises a lot of her emotions”, in the YouTube Originals drama series ‘Impulse’.

The teen possesses the ability to teleport, but has no control over her destination.

The 26-year-old star said last month of her alter ego: “Yeah, it’s definitely interesting to play somebody who internalises a lot of her emotions because I think there’s a tendency when you’re creating a story, to want to see some of those beats externalised. It’s easy to want to go in that direction, but that would go against the character. So, it’s hard finding a balance of getting what we need to tell the story while also staying true to who she is and the reality of her, as a person.”

Maddie will next be seen in James Wan’s upcoming horror flick, ‘Malignant’, which is slated for release by Warner Bros. in 2021.

The motion picture was due to be released in 2020, but was delayed due to the coronavirus pandemic.

Subsequently, the film will now stream simultaneously on HBO Max for a limited period.

@newslgbti
Previous What is Bisexuality?
Next Transgender Celebrities: Laverne Cox