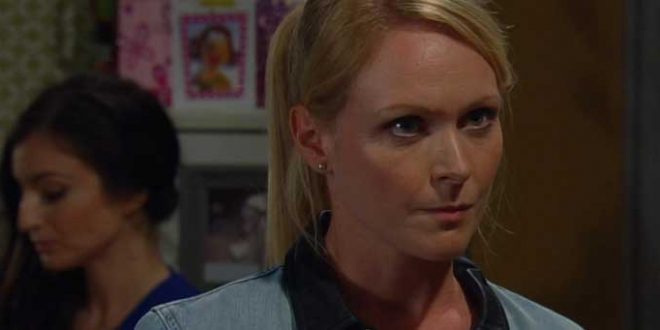 Michelle Hardwick Comes Out as Lesbian

A popular UK soapie star, Michelle Hardwick, has come out in an interview with The Mirror as a lesbian.

The actress best known for her role as Vanessa Woodfield on UKTV soap Emmerdale spoke for the first time about her relationship with her partner Rosie Nicholl.

The 36 year old actor said that she and her girlfriend met about 18 months ago and were friends for some time before becoming a couple. She said she couldn’t be happier with the status of her personal life.

“Life is good – and my life with Rosie is a big part of that, it really is bliss. I’ve not spoken about it sooner because it never seemed like the right time.

“When I was in The Royal, the majority of our audience were older and I would have been nervous of revealing too much. But since joining Emmerdale I’ve been getting asked about my personal life and when people want to know ‘Do you have a boyfriend?’ it’s tricky.

“I don’t want to hide anything,” she told The Mirror. “I’ve never actually been able to talk about ‘my girlfriend’ or ‘partner’ – this person that means everything to me, and it feels good to be able to finally do it.”

She went on to say:”I do tweet, so people can see me and Rosie on there but they probably think we’re mates who share a house. People say, ‘I’d never have guessed you were gay’ because they expect you to look a certain way and I don’t fit their stereotype.”

Hardwick admits that as teenager she struggled with her sexuality and was initially concerned how her family and friends would take the news that she was a lesbian. She delayed coming out to her family until she was 29.

“The only thing my family were upset about is I hadn’t felt I could come out sooner… As a teenager, it was hard as I had to keep things secret and it shouldn’t be that way. Hopefully things are different now.”

Here are the 10 Best Lesbian Books as decreed by… Well, ME! This list is …