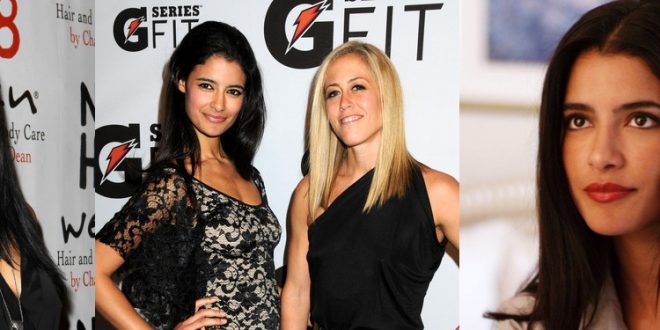 Jessica Clark is one stunning beauty stretching to about 5 ft. 11 inches. She has been featured in many fashion magazines. Perhaps, her beauty comes from the combination of genes; she comes from that come from English, Irish, Indian, and Nigerian descent.

On April 21, 1985, she was born in the United Kingdom and finished her education at the London School of Economics and Political Science.

Jessica and Lacey Stone fell in love and married in 2010. The model and the beautiful work-out instructor were a ‘dream couple.’ The marriage lasted two years and I am sure these were great years of love and growth.

Jessica Clark, who plays tempestuous deity Lilith on HBO’s True Blood, has won her acclaim. In June 2013, Playboy asked her to pose (clothes on) and she did. Below is the picture in Playboy where Jessica is sprawled across a bed, upside down in a a sexy white tank and hot pink leggings,.

@newslgbti
Previous Who Were the First Lesbians to be Legally Married?
Next Michelle Hardwick Comes Out as Lesbian