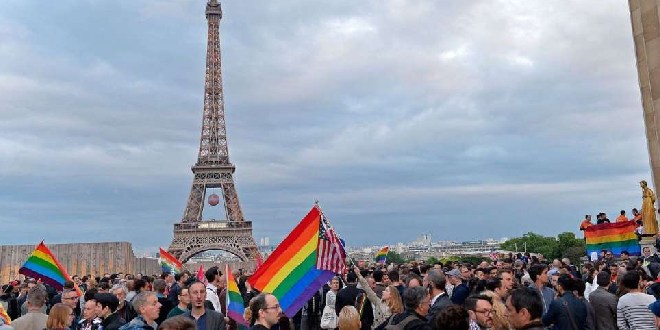 Celebrating its large gay and lesbian communities, Paris lives up to its liberal reputation with its annual Lesbian and Gay Pride, an event that has become one of the biggest and best celebrations of its kind in the world.

Thousands of gay and straight revellers pack out the city’s streets to enjoy the party and watch the colourful procession of floats.

Although the official route is not released until nearer the time of the event, the march usually begins at Republique and ends at Beaubourg – but if in any doubt, follow the noise of loud music and blowing whistles that rings out for miles around.

The partying continues late into the night with many bars and clubs holding special Pride events.

Previous Gay Venice
Next How can I make new friends?