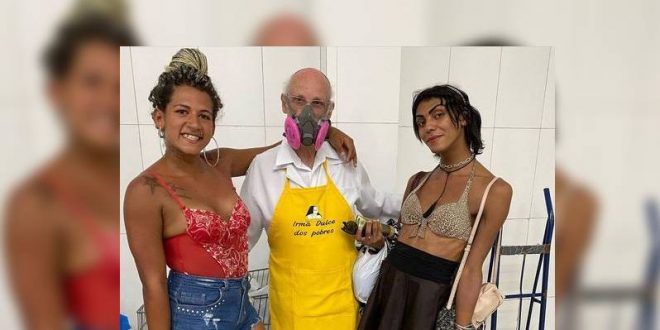 Father Julio Lancellotti, a Catholic priest from São Paulo in Brazil, shared a photo of trans women on his Instagram account and spoke in favor of inclusion and equality.

“The fight against discrimination and prejudice is a never-ending struggle. We are all children of God. We must always admit and never discriminate ”

Father Julio Lancellotti’s support for the Brazilian trans community is nothing new, with more than 345,000 subscribers on Instagram.

The priest is known as a strong advocate of equality in Brazil. He has spoken many times in favor of the rights and equality of the LGBTI + community.

The 72-year-old priest has worked tirelessly for the homeless throughout his career. In 2018, she made a splash on social media by sharing a video of a homeless trans woman asking for forgiveness for all the horrors the Brazilian society has experienced.

Father Julio Lancellotti was praised by his supporters for promoting love and equality for the trans community, and even appreciated for his work by the Brazilian Bar Human Rights Committee in the past.