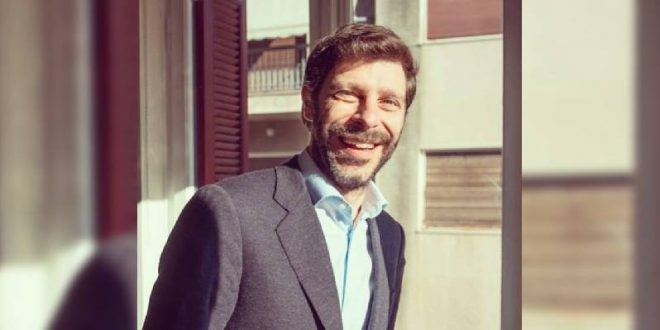 Nicholas Yatromanolakis has made history by becoming Greece’s first openly gay minister in a cabinet reshuffle in the center-right government.

Nicholas Yatromanolakis, 44, has been promoted from the position of general secretary at the ministry to become the new minister of culture.

Alexis Patelis, the Greek Prime Minister’s chief economic advisor said in a tweet that, it was a “historic day for LGBTI+ representation, a big win for meritocracy and better decision-making through diversity”.

“Congrats to Nicholas Yatromanolakis for showing you can be yourself and still succeed,” he added. “May others draw strength to live their life openly.”

Before entering politics in 2014 as a founding member of the now-defunct centrist party Potami, Yatromanolakis worked in marketing and communications for companies including Microsoft and has a masters in public policy from Harvard.

“For a long time … I felt I had to choose and that there were identities that could never be compatible with one another,” said Yatromanolakis, who left To Potami in 2016 and joined the government in 2019.

He rejected the suggestion that his appointment to the culture ministry might be viewed as tokenism.

“People do not understand and see that the (cultural) sector… creates jobs, creates opportunities,” said Yatromanolakis, who used to work for a cultural center housing the country’s national opera and library.

He said his priorities in the job included channeling state financial aid to people working in the arts during the pandemic.

Asked what measures the government could take to support LGBTI+ people, Yatromanolakis said he wanted better implementation of existing anti-discrimination laws, including training in private companies and government bodies.

“No person growing up should feel they have to choose between who they are and what they want to become in life,” he said.

“I wish someone else was first before me … (but) if this helps people who have problems because of who they are … then it’s worth it.”

@newslgbti
Previous Which one is safe? WhatsApp, Telegram or Signal!
Next Support Message to Brazilian Trans Community