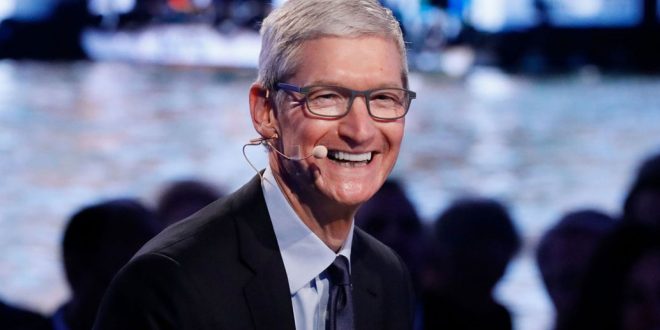 Tim Cook, who has made history as the first CEO to announce that he is gay among the top 500 companies in the world, mentioned being gay as the ‘greatest gift of god’ and stated that he made the statement to support those who were oppressed because of their sexual orientation.

“I explained it because kids who read the rumors that I was gay on the internet started writing to me. In the letters and emails they told me that they were ostracized, bullied and abused because of their sexual orientation,” said Apple CEO, who emphasized privacy, but ultimately helped others by revealing his sexual identity. He said he decided it would be selfish to remain silent while he could.

“I had to do something for them,” said Cook, adding that he wanted to show gay kids that they can move forward in life the way you are and achieve great things.

Expressing that he was ‘shocked’ when he learned that Fortune was the first CEO to announce his homosexuality in the 500 largest companies index, Cook expressed his satisfaction that other CEOs followed in his footsteps.

“I learned what it means to be a minority. The feeling of being a minority gives people a certain level of empathy for other people who are not in the majority. This is also very useful for a leadership role, very instructive. gave the message.

Underlining that he is ‘proud of being gay and explaining it’, Cook emphasized “God’s greatest gift to me”.