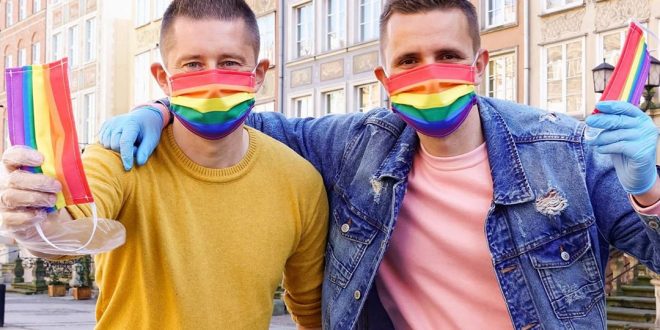 Gays or lesbians have had higher vaccination rates against COVID-19 compared with straight people, a new study indicates.

Estimates derived from survey results and published Thursday in the Centers for Disease Control and Prevention’s Morbidity and Mortality Weekly Report show that 85% of gay or lesbian adults received at least one dose of COVID-19 vaccine compared with 76% of heterosexual adults. The findings are based on data collected from more than 150,000 respondents from Aug. 29 to Oct. 30, 2021.

Gay or lesbian adults also were more likely to have confidence in the safety of the vaccine, according to the study, with 76.3% reporting they were either completely or very confident in vaccine safety compared with nearly 64% of heterosexual adults. Nearly 91% of gay or lesbian adults and nearly 87% of bisexual adults reported that they thought the COVID-19 vaccine was very or somewhat important to protect themselves, compared with 80% of heterosexual adults.

“Increasing availability of education about COVID-19 vaccine in local communities of color that promotes the benefits of vaccinations and … opportunities to answer questions and receive COVID-19 vaccine might increase coverage among gay or lesbian and bisexual women,” the study says.

There has been some concern about vaccine hesitancy within the LGBTI+ community. Yet the CDC report’s findings are similar to previous research that suggested a high rate of confidence in the COVID-19 vaccine among LGBTI+ individuals. An analysis released last August by the Kaiser Family Foundation, for example, showed that 82% of LGBTI+ adults reported receiving at least one dose of a vaccine compared with 66% of non-LGBTI+ adults, and that 65% of LGBTI+ adults supported the federal government recommending employer vaccine mandates compared with just 50% support among non-LGBT adults.

The authors of the CDC report also noted results of another survey conducted earlier in 2021 that found 92% of LGBTI+ respondents reported receiving one dose or more of a COVID-19 vaccine. As possible factors fueling high vaccination rates among the LGBTI+ individuals, that analysis noted that higher shares of the LGBTQ community are politically liberal, live in blue states and live in urban areas.

Still, the CDC study authors noted that public health data on LGBTI+ individuals is limited, and that COVID-19 may pose a “disproportionate risk” of severe illness for LGBTI+ people because of a higher prevalence of comorbidities within the community.

“Inclusion of sexual orientation and gender identity in surveys, as well as in COVID-19 testing, case reporting, and vaccination administration systems, can guide strategies to improve access to health care and prevention services among LGBTI+ populations,” the study says. “This information could be used at the local level to reduce disparities in vaccination coverage among persons at highest risk for severe COVID-19–associated illness, such as non-Hispanic Black and Hispanic LGBT persons.”