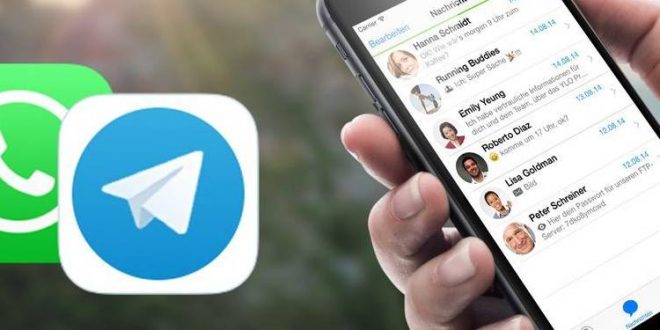 Which one is safe? WhatsApp, Telegram or Signal!

Which application should LGBTI individuals use as communication application, Telegram, Whatsapp or Signal, which one is safe? Tamer Şahin evaluated messaging applications for the daily Hurriyet.

Cyber Security Specialist Tamer Şahin commented on the data privacy management of chat applications that have been the subject of discussion recently and the heavy user transition from WhatsApp to Telegram.

The most important issue that has occupied the agenda of the country lately is the changing confidentiality agreement of the WhatsApp application, which provides free services such as messaging, audio and video calls and is installed on almost everyone’s smartphones today. The new confidentiality agreement, which is mandatory in our country by WhatsApp, a Facebook organization and announced that the program cannot be used if it is not accepted, opened the issue of data security to discussion. With this latest move of the WhatsApp application, there was a “flock” to similar messaging and speech applications, especially Telegram.

Şahin said that many applications we have installed on our phone also request data from us, but among them, the ones that make money stand out.

Stating that companies such as Facebook and Google make money from data, Şahin explains the details of the new WhatsApp confidentiality agreement as follows:

“Actually, we have to look at this; We share a lot of data from daily messaging apps. And these messaging apps are now evolving, entering the business world. WhatsApp is preparing for this. In his last statement, İT says: ‘You can continue to correspond with your friends and family as before, but I reduce encryption and increase data sharing in accounts used for work. Because I provide free service, I provide service in return. ”

Reminding that we have shared many of our personal data so far, Şahin says that it will be a problem for us not to know how long the institution will process this data after today, and he describes Facebook as a “criminal” institution in this regard.

Stating that Facebook can benefit from all commercial data with the last confidentiality agreement; “Especially if you use Facebook Messenger, all your videos, photos and contact lists on your phone are completely open, so it’s something like a trojan.” he adds.

How Safe is The Telegram Shown as an Alternative?

After WhatsApp‘s latest confidentiality agreement, many users in our country reacted to this situation and announced that they would start using Telegram, a similar application. As a matter of fact, Telegram’s number of active users reached 500 million with millions of new users, according to Telegram‘s records recently. Well, what awaits users who switch to Telegram, worrying that WhatsApp will not protect their data.

Is Telegram more secure than WhatsApp?

Şahin comments on this subject as follows:

“Now there are different projects. Some of them are created as closed source code and the data in these projects are completely owned by that company. However, some of them use open source code and anyone can access them. Telegram stands out, it has so many features. You can reach 100 thousand people with the group feature. Of course all of this comes at a cost and is closed source. So we have no information about what is working on the server. ”

“The Most Balanced Application Signal in Terms of Safety”

Stating that those who want to communicate securely should stay away from the Telegram application, Tamer Şahin says that the application does not provide end-to-end encryption and that the most stable application in terms of security is signal.

“In Telegram, there is no user-to-user encryption and this is worse than WhatsApp. So Whatsapp; He says, “I cannot read the speeches.”However, conversations can be read on Telegram. Therefore Signal can be used. Signal is the most stable application in terms of usability and security. ”