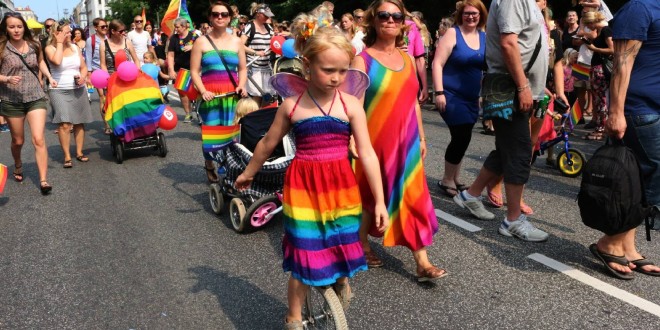 Who Can Wear Rainbows?

Who Can Wear Rainbows?

Many queer folk show their gay pride by wearing or displaying rainbow colors in a variety of forms- bracelets, necklaces, clothes, flags, bumper stickers, etc. Each color of the rainbow insignia has a different meaning, but as a whole represent acceptance, inclusion and diversity.

Straight men and women can also wear pride colors to show their support for queer folk and gay rights causes. Some people may assume if a person is wearing rainbow paraphernalia that they are lesbian, gay, bisexual, transgender or intersex. However, misguided speculation shouldn’t be a deterrent from showing support, but instead used as an opportunity to inform others about the rainbow colors and the reason we wear them.

Colors of the Rainbow Flag:

The original flag had eight stripes from top to bottom: pink (sexuality), red (life), orange (healing), yellow (sunlight), green (nature), turquoise (magic), indigo/blue (serenity), and violet (spirit). Within a year, the flag had shed two of its stripes pink and violet. Apparently they ran out of pink dye in those days. The violet stripe was later taken out to create an even number of stripes on the flag.

Since then, many variations of the flag have been created. For instance, a black stripe is added to some symbolizing those lost to AIDS. There are also variations to represent bisexual people, bears and others.