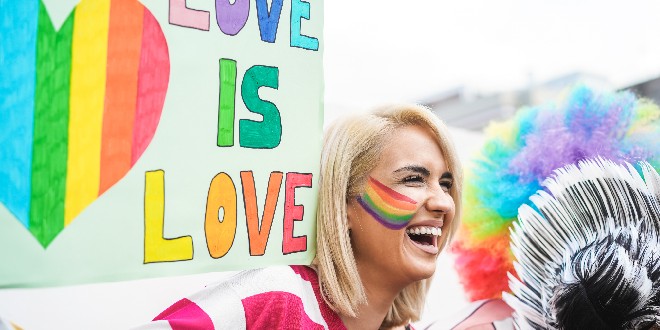 Homophobia happens on many levels. The dictionary describes homophobia as a fear or hatred of homosexuality, homosexual people, lesbian, gay and bisexual identity, and refers to the values and behaviours which express this fear and hatred.

Homophobia can take many forms including:

Personal homophobia (internalized, within yourself)

When a lesbian, gay or bisexual person has internalised the belief that they are sinful, immoral or inferior they may hide their sexuality, try to make it mean less to them, decrease their expectations of life, or engage in behaviours which are harmful to themselves and others.

Most common examples of interpersonal homophobia are shunning, being excluded from a group or name calling and even physical abuse.

This refers to the many ways in which government, business, churches and other organisations discriminate against people on the basis of their sexual orientation. These organisations set policies, allocate resources and maintain unwritten standards for the behaviour of their members or constituents which discriminate.

This refers to social standards and norms which dictate that being heterosexual is better than being lesbian, gay or bisexual. These standards and norms are reinforced each day in television shows, movies and print advertisements where virtually every character is heterosexual and every sexual and social relationship involves a female and a male, or in the assumption made by most adults that all children will eventually be attracted to and marry a person of the opposite sex. Often heterosexuals do not realise that these standards exist, while lesbian, gay and bisexual people are acutely aware of them. This results in lesbians, gays and bisexuals feeling like outsiders in society.

In day-to-day life, the following are examples of homophobic behaviours and attitudes many of us are guilty of:

Is it homophobia or heterosexism?

Is the assumption most people make that everyone is heterosexual and those who aren’t are abnormal or strange.

Is the belief in the inherent superiority of one type of love and relationship and thereby their right to dominance.

Is the set of assumptions that excludes openly homosexual people from social, religious, and political power. It is a system of coercion that demands heterosexuality in return for first class citizenship.

When describing incidents of discrimination or harassment against lesbian, gay, bisexual, transgender and intersex people, it may be more precise to use the terms anti-LGBT bias or hate acts. And when discussing the belief, held by so many, that homosexuality is “wrong” or “less than,” it may be more accurate to use heterosexism.

How homophobia hurts us all

Name-calling is more than just a joke. Words that don’t mean much to some people can deeply hurt and offend others. It may not even hurt someone who is same sex attracted, but someone who is a close friend or maybe even a family member.

If you have experienced any form of homophobia you should report it. You don’t have to hide. Speak to someone.

Nine things you can do to stop homophobia now:

In families, groups and the community

Previous Hinduism and Homosexuality
Next What is Safe Sex?