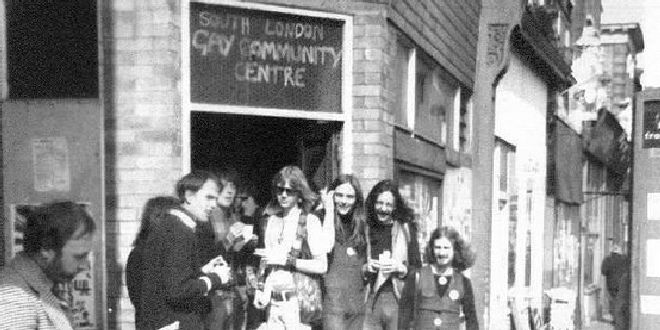 During the 1970s era of gay liberation, gay centres were established usually by squatting in unused or unwanted, dilapidated premises in various cities around the world. One such gay centre was The South London Gay Community Centre at 78 Railton Road, Brixton, London, an empty shop, which was established in the mid 1970s.

Gay centres afforded a safe space where, often for the first time, gay men and lesbians could meet and exchange ideas, and discuss politics. Not only campaigns were formed in them, but also gay groups and organisations, businesses, theatre companies, dance companies and the like. It was such a catalyst for ideas and activity that within months, the immediate area was home to two women’s centres, the Anarchist News Service, Squatters Groups, a Claimants’ Union for those on welfare benefits, the Brixton Advice Centre, Icebreakers, the Race Today Collective and a food cooperative.

The centre at Brixton is important in the UK’s gay history because it was the first one, and formed the template for those following. The squatters were evicted after two years.