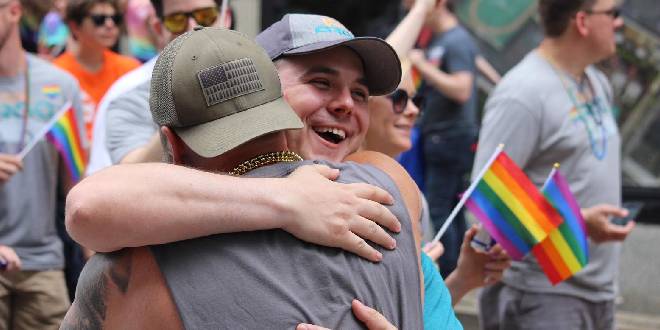 We live in a society that, unfortunately, likes to put people in boxes with simple labels: gay, bisexual, black, white, etc.

It appears that you’ve been thinking about this a lot, and though you profess that you don’t like labels, you still find yourself searching for one. While labels are limiting, they can also be useful or even liberating sometimes. Being able to describe oneself with a word or term that is shared with others can help an individual form a community with people who might have similar experiences. Sometimes the changed usage of a label empowers groups of people, such as the embracing of the word “LGBTI+” by some lesbian, gay, bisexual, transgender and intersex people. Just as labels change over time, so too can a person’s sexuality. As far as labels go, it seems that there isn’t an agreed-upon term for someone who doesn’t believe in sexual orientation and thinks that it’s possible for any person of any gender to love any other person. You might find that you have to explain this concept rather than give a one-word answer if someone asks, “What are you?” Better yet, explain why that question is limiting in and of itself. You are a person who likes to think that identity is complex and deserves more than a one-word answer.

Some believe that bisexual is too limiting and too reinforcing of the idea of the gender binary — enter the term “Pansexual.” The term is, as you pointed out, a complex one. Some people define it the same way you originally thought: openness to being with members of both the same and opposite sex. The term arose in the early 1900s (especially prominent in certain psychoanalytic circles) to describe a way of thinking that sexual instinct plays a part in all human thoughts and activities, even being the most important or only source of real energy in our lives. Over the years, though, pansexual has come to mean that a person is capable of falling in love with or having a sexual attraction to a person regardless of where they stand on the gender/sexuality spectrum. Pansexual individuals can be attracted to cis men, cis women, trans men, trans women, intersex people, androgynous people, and everyone else. It’s generally considered a more inclusive term than bisexual.