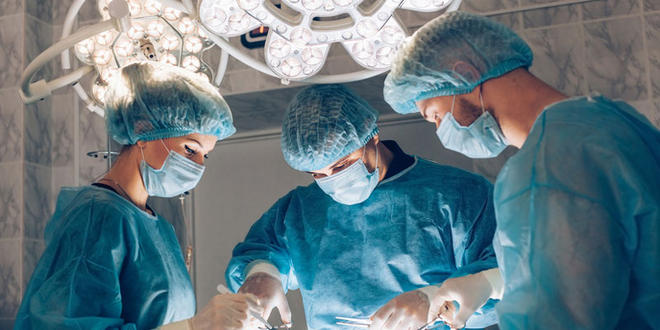 Gender reassignment surgery is no longer the novelty it once was. Thousands of transsexuals, both male-to-female and female-to-male, worldwide have now undergone this procedure. But it is still true that only a small fraction of those people who consider themselves to be transgendered actually go this far. The cost is a major barrier for many people. Others find ways to accommodate their transgender feelings while continuing to live in their birth sex or in some in-between state.

Gender reassignment surgery is expensive, costing thousands or tens of thousands of dollars, depending on which procedures are undertaken. Some governments will cover the entire cost under their medicare programs. Others will cover it partially or not at all.

Surgery is irreversible. Once the original sex organs are removed and new organs constructed, there is no going back. Surgery also renders the patient sterile. Although several surgeons have speculated that it may some day be possible for post-operative transsexuals to be parents, this is not possible today.

Like any surgery, gender reassignment surgery has its dangers. But if one is in good health and follows the surgeon’s guidelines to prepare for the operation, one can expect good results. It is equally important to follow a proper routine after surgery, or much of the surgeon’s work can be undone.

Surgical techniques are constantly evolving. In the ’60s, it took a team of at least two surgeons as long as 12 hours to perform the operations. Results were superficially satisfactory, but patients were not always able to have normal sexual intercourse or experience orgasm.

Today, some surgeons perform male-to-female reassignment surgery in under three hours, with almost no blood loss. And most post-op patients report normal sexual functioning, including orgasms within three months to a year after surgery.

Life is more complicated for female-to male transsexuals. There are several techniques for constructing a new penis and each has its drawbacks. But post-op patients are generally happier now than prior to surgery and some are reporting near-normal sexual functioning.

Male to female
Although each surgeon has his preferred technique, the overall procedure is similar across the board. The testes are removed, an opening is created in the correct spot for the new vagina, the inside of the penis is removed, the skin of the penis is inverted like a glove and used to line the vagina, sensitive parts of the penis are used to create a clitoris, the urethra is shortened and relocated to the appropriate place, the skin of the scrotum is used to create labia.

Some surgeons do this in a single operation. Others prefer to do it in two steps. And sometimes, if there isn’t enough penile skin, a graft is taken from elsewhere to create the vagina.

Some patients also opt for other operations to give themselves a more feminine appearance. These include: breast implants, Adam’s apple shaving, larynx adjustment to raise the voice, removal of the lower ribs to create a narrower waste, facial reconstruction, and hair implants.

Female to male
Female-to-male patients often undergo more surgery. Typically, the first stage is removal of the breasts to create a normal male chest. This is sometimes done in several operations. The first removes the bulk of the mammary glands and most of the excess skin. The second fine-tunes the result, removing further excess skin and perhaps reducing scars left from the first stage.

The next major surgery is a hysterectomy. This removes the womb, uterus and ovaries.

The final surgery is the creation of a penis along with the relocation of the urethra to the centre of the penis. There are two distinct ways of creating a penis. One utilizes a skin graft, usually from an arm. The other involves building up the clitoris, which is usually enlarged after a patient has been taking male hormones for some time.

Preparation for surgery
Surgeons always supply information sheets to patients outlining their specific requirements. In general, one must stop taking hormones about a month prior to surgery. The hormones can raise the risk of surgery. Many patients worry that going off hormones will result in their bodies reverting back to something more like their birth sex, but in fact this can’t happen in such a short time. Many patients do report mood changes, or hot and cold spells, but these are only temporary and disappear when hormones are resumed about a week after surgery.

One must also stop drinking alcohol and not use ASA or any illicit drug. These can all interfere with healing and blood flow.

All surgeons will require that you undergo a complete physical, including a blood test, a month or so prior to surgery. The surgeon will supply you with a list of tests he requires. The presence of any major health condition, such as high blood pressure, obesity, a heart condition or a communicable disease like AIDS could make a patient ineligible for surgery.

Post-surgery
It is critical that patients follow their surgeon’s advice on post-care procedures. Healing takes a long time and unless one sticks to the routines, results can easily be less than satisfactory.

The first three to five days after surgery are usually spent in hospital. The patient is on pain killers and attached to a catheter. One can be up and walking in three days, but no strenuous activity is permitted.

After about five days, patients are more mobile and can reduce pain killers a little. For male-to-female patients, catheters come out at about a week and dilation begins. For female-to-male patients, the catheter may remain in place for several weeks, depending on which surgical technique was used.

Patients return home about ten days after surgery, but this can vary from surgeon to surgeon. Pain fades within a month and one can return to work after about two months, although some discomfort may remain for several more months.

Full healing can take six months to a year. Some patients find they have swelling or numbness that is more of an irritant than an impediment to functioning. Certainly, a year after surgery, one should feel normal and function normally.

Surgeons
There are only a handful of surgeons worldwide offering gender reassignment surgery. I don’t recommend any one surgeon or surgical procedure. It is important to investigate any surgeon you are considering. Ideally, you should talk to former patients to get their take on the surgery. If a doctor isn’t willing to put you in touch with former patients, be wary.

Also be wary of trying to find the perfect vagina or perfect penis. Everyone is different and any given surgeon will achieve different results with each patient. Age, genes and your health will partly determine the results you get. But you should expect that you function normally after surgery and that at least superficially you look as if you were born with the new plumbing.

Check  list of surgeons. The U.K., The United States and Austral-Asia and please feel free to contact them, either via their Web sites or by mail or phone. Surgeons will often send information kits if you request it. If you contact the Canadian surgeons by phone, don’t worry if one of the secretaries answers in French, they all speak English as well.