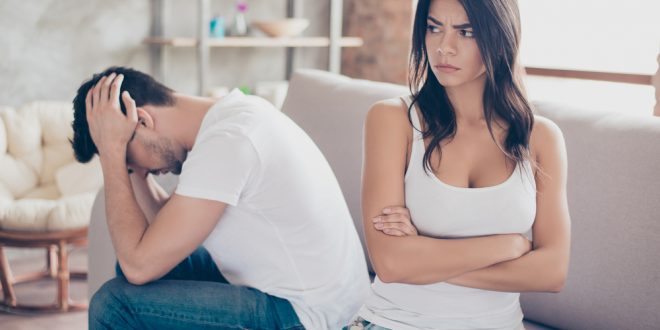 So you’ve just found out your boyfriend is bisexual. Now what?

Well that really depends on the matter you discovered his bisexuality. If he came out to candidly he probably needs a hug and a bit of moral support. If you caught him in bed with another guy (or a girl if you’re coming at this from the gay angle), then you probably are well within your rights to throw that Ming vase at him, call him every name under the sun and lock yourself in the bathroom crying.

Still whatever the circumstances, remember this, your boyfriend’s bisexuality is not a reflection on you. Its not caused by something you have or haven’t done, its not something you could have prevented. Its not your fault. In fact, it has nothing to do with you at all, its just the way he is. He can’t help being bisexual, and believe me at some point, most of us have tried not to be.

CASE A: Your boyfriend just came out to you as bisexual

So how do you talk to bisexual boyfriend after this bombshell?

First know that he still loves you, he probably told you this in his coming out speech, if he didn’t, he meant to. The last thing he wanted to do was make you feel inadequate, he was just trying to be honest about his feelings and you were important enough to him to be the person he chose to share his secret with.

Know that he’s probably been agonising over telling you for ages, and probably tried several times and lost his nerve, frightened that you wouldn’t understand and that you’d leave him if you found out. It takes an awful lot of courage to come out as a bisexual, especially for men who find themselves already in a relationship, so its no surprise that many bisexual men don’t come out at all. Its made even harder if you or your spouse have deeply held religious convictions.

So now that you appreciate just how hard it was for your boyfriend to tell you he was bisexual, you are probably a little better equipped to deal with it and offer a supportive response. The best thing you can do right now is be accepting of his sexuality. Don’t argue with him about it, don’t call him gay (or ‘a breeder’ if you previously thought he was exclusively gay), don’t suggest its just a phase, be accepting and say something supportive. You probably have a million questions, but take a moment to make him feel good about his decision to tell you.

What does it mean for your relationship?

Well this is a question you should ask, probably after pouring each other a stiff drink. The answer is different for every couple. Your bisexual boyfriend, almost certainly won’t want things between you and him to change, but he may ask you to accept him seeing other people, which may seem like a big change for you. He won’t see it as such a big deal, because he genuinely does still love you, he just wants to sleep with people of the opposite sex to you now and again.

The truth is each couple is different, how you deal with it and renegotiate the boundaries of your relationship is entirely unique to you and your boyfriend. But there are some basic rules you follow.

Any agreements you make are renegotiable. If you decide you can’t handle something you though you could deal with a few weeks ago, come back and say so. But don’t blame or resent your bisexual boyfriend for taking you at your word in the meantime.

Finally remember you are in a very special relationship. Your boyfriend loved you enough to tell you he was bisexual, he was being honest with you and being honest with himself. You share a special bond of confidence and honesty that a lot of relationships lack. This revelation is a blessing as much as a curse.

CASE B: You caught your boyfriend in bed with someone else and found out he’s bisexual

Pretty much the same as Case A, only for some reason, he didn’t have the balls to tell you. He probably wanted to, but was too scared of how you’d react. You are probably more hurt that he didn’t feel able to tell you than you are by the deception, but ten to a penny he keeping this a secret because he didn’t want to risk losing you. Now realising his mistake he’s really sorry that he’s hurt you.

Take some time, don’t talk whilst angry, but do keep channels of communication open, come back and talk about things and remember your bisexual boyfriend loves you, he always has.