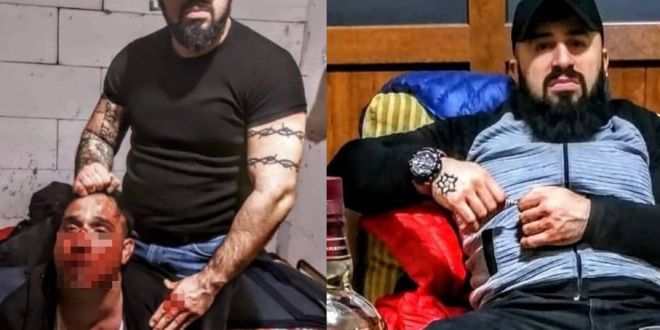 Fırat Kaya, known as Firat Delikanli in Aydın, severely subjected the hearing impaired Engin Elekçi to violence on the grounds that he was “gay“. Fırat Delikanlı posted the images on Instagram.

It was revealed that Fırat Delikanlı inflicted violence on a hearing-impaired woman with whom he had been before and hospitalized the woman.

He has not yet been arrested.

Fırat Kaya and two other suspects were arrested by the court to which they were referred for “attempting to kill a person intentionally”, “depriving the person of his liberty”, “violating the privacy of private life” and “illegally spreading personal data”.

#FıratDelikanlıTutuklansın Recently a man posted online about how he beat up a man for being gay, heres the image. He has not yet been arrested. pic.twitter.com/aQWLdLhhgm

Friends, I am very sorry, but Turkey has become a country of murders. In this beautiful geography, beautiful people are killed every day. Please share this with everyone. Because Turkey likes to present itself in this way. #FıratDelikanlıTutuklansın

this person with the knife found this gay man in his city and took him to his house and beat him up repeatedly. he did this because he is gay and he thinks “it shouldnt be allowed” we have no law to protect LGBTQ+ in turkey. please raise your voices and speak up about this!! pic.twitter.com/In3EwcuW19

This is Fırat, a Turkish man live-streaming his torture of an LGBTQ+ differently abled person days after Turkey withdrew from the Istanbul Convention. Turkey has become an incredibly difficult place to exist for LGBTQ+ #FıratDelikanlıTutuklansın https://t.co/cTRS5xHVZS