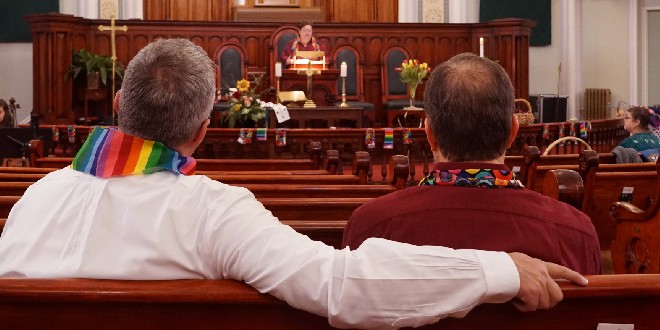 Homosexuality in the Bible

Homosexuality is a topic that has been discussed and debated within religious communities for many years. In the Bible, there are a few references to homosexuality, but the interpretation of these passages varies among different religious groups.

In the Old Testament, there are two primary passages that are often used to discuss homosexuality: Leviticus 18:22 and Leviticus 20:13. Both of these passages condemn homosexuality and prescribe punishment for those who engage in same-sex sexual activity.

Some religious groups interpret these passages as condemning all forms of homosexuality, regardless of the context or the individuals involved. Other religious groups, however, argue that these passages were specifically referring to certain cultural practices at the time and do not necessarily apply to all forms of homosexuality in modern society.

In the New Testament, there are several passages that discuss homosexuality. In Romans 1:26-27, it states that “For this reason God gave them up to dishonorable passions. For their women exchanged natural relations for those that are contrary to nature; and the men likewise gave up natural relations with women and were consumed with passion for one another, men committing shameless acts with men and receiving in themselves the due penalty for their error.”

Overall, the Bible’s stance on homosexuality is a complex and often-debated topic. Different religious groups interpret the passages that discuss homosexuality in different ways, and there is no consensus on how to understand these passages in modern society.

Previous U-Haul Lesbian: A Controversial Term
Next Silverdaddies: A Term That Continues To Divide The Gay Community