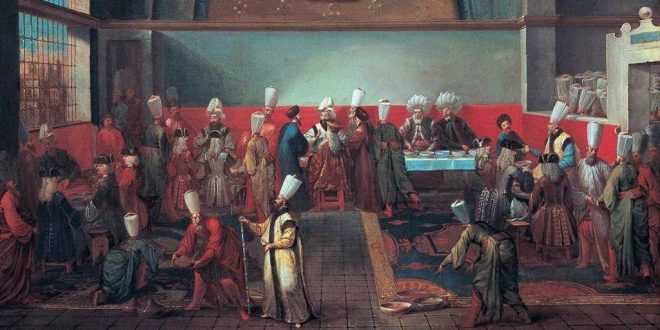 Homosexuality in the Ottoman Empire

Especially Most of them are slim waist and tall. As they surrendered, they showed softness with each limb.

Gelibolulu Mustafa Ali is a famous Ottoman historian who grew up in the sixteenth century. He was born in 1541 in Gallipoli. He started his education at a young age and graduated from the madrasa at the age of twenty.

During the reign of Sultan Murad III, he worked as the governor of Georgia and council clerk.

When Sultan Mehmed III ascended the throne, he was appointed as the governor of Damascus with the rank of mir-i miran.

Finally, Mustafa Ali, who was given the emirate of Jeddah, went to this duty through Egypt and Mecca and fulfilled his pilgrimage. He died in Jeddah in 1600.

In addition to having his name written as a good poet, he has an important place in our commentary literature. He interpreted the poems of Sultan Murad III. His giving pseudonym to some poets like Nefi is clear evidence that he is one of the masters of our poetry.

The real field of success is history. In his historical work titled Künhü’l-Ahbar, he explained not only the Ottoman history, but also the history of the Prophets, Islamic history, Turkish and Mongolian history.

In his work named Kavaidü’l-Mecalis, written at the request of Sultan Murad III, he explained how people belonging to various classes, arts and professions should act, how to dress, in short, what to do and know what to do in order to live in a proper manner in the community.

His work “Nushatü’s-Selâtin” is about social life. This work, which is an example of the politics tradition in the Eastern world, was written to guide the sultans. This work is important in terms of showing the political and social situation of that period … It tells about the works that the Sultan should do during the state administration.

The eighth chapter title of Mustafa Ali, who has deep experience and knowledge about the Ottomans and the Sultans, published in two volumes, titled “Banquet Tables on Manners and Social Rules”, published by the conservative Tercuman publications, “Describes the team of those who have not sweaty mustache and have not grown beard” ‘is written in capital letters with the definition.

Aside from the harem scenes of the “Magnificent Century” series, which has fixed its place on the agenda that has been discussed recently, it describes the concept of sodomy of that period in all its nakedness.

In the episode, it is explained that boys who did not grow hair and beard mustache at that time were preferred by attractive women. It became evident to be friends with the people of the world, they started to walk with them everywhere in their seated worlds without hesitation, and they never carry the moon-faced women with them in the same period.

On pages 59 and 60 of the book, see how the experiences are described:

“Because the namahrams of the beloved women’s division are kept secret from fear of dignitaries. Now, friendship with the mercenaries is a door on the way of falling and getting up with them, which is always secret, obviously open.

Most of those who are descendants of the hairless bite are Arabian bastards and the veled -i adultery of Anatolian Turks.

Until they reach the age of thirty, they do not see hairs on their beautiful face that will be sad in their hearts. Turkish children are unruly children in Arabia who are short-lived in terms of beauty.

As they reach the age of 20, they become out of vogue and fall out of lovers’ jobs. But the fine figures of İçel, Edirne, Bursa and Istanbul are ahead of them in perfection and beauty in every way.

On the other hand, those who lack beauty and charm make it look cute with its freshness and sweetness. But Kurdish hairless people were healthy, gentle and docile, according to the experience of mother-born sons, and they would listen and do whatever they offered. They used to paint their waist down with henna and decorate themselves by painting them down to their knees.

Most of them are especially slim — waist and tall — they are. As they surrendered, they showed softness with each limb. In short, seemingly behaving softly, actually standing against, most of the Icel beauties would stubbornly.

Accordingly, their blessing of vuslat exists for these burdens. It is in the square where they left their lovers wandering with them unfortunate and without money, they say. And they say that it is impossible to touch, that two young people benefit from each other at times of opportunity, or if one of them gets drunk and gets above the other.

In short, it attracts famous beautiful faces and has a silver-cypress shape in front of it. Those who want to use tall, swinging walkers should not be surprised by Rumeli Köçek. Do not be tired of the Circassians of the type of Kul with a face of Yusuf and those of Croatian descent who have a fragrant breath.

Even though there are some people in İçel mahbups too, most of them are painful beauty who want to upset unfaithful people. The peace and comfort of those who have them is rare. But the Albanian breed also takes the hearts of the lovers, there are so many that they are very stubborn.

But Georgian, Russian and Görel breed are like the manure of other tradesmen. Looking at them, those of Hungarian ancestry are the other crews who are natural and acceptable.

However, most of them betray their masters; every person sees their ugly side from their fall and their behavior. What is surprising is that the Egyptian households are fond of the Abyssinians. Coldness intervenes, they say, each one is a human sable. In fact, they were masters in bed service, that is, they wanted esbap incense, mattress and pillow upholstery. The males and females were evident: it was easy for them to show softness by behaving docile and nice in whatever district they were seen. ”

Here are the lines telling from Mustafa Ali’s mouth that sodomy reached the extent of sodomy in the Ottoman Empire, and that it was preferred over women. We do not know how Islamists reacting to the love scenes in the TV series Magnificent Century will interpret these lines of Mustafa Ali, the Ottoman official historian. However, the fact that Nazlı Ilıcak, one of the Ilıcak family, who owns the publishing house and that the book in question was published by the conservative Tercüman Publications, was a member of parliament from the party of Milli Gorus who protested the events seems to be a separate contradiction.