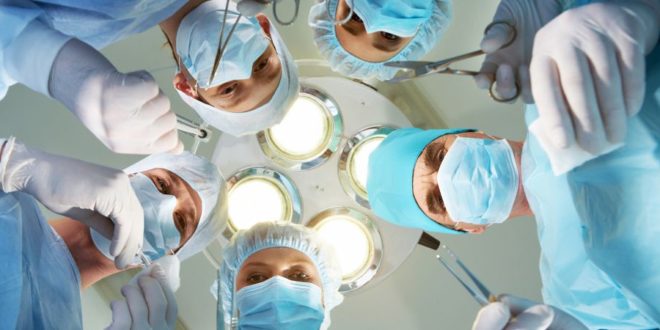 Here are a lot of surgical techniques available to feminise a masculine face but not all surgeons use the same techniques to achieve the same results. Here is a rough overview of the main procedures.

There are two options for reshaping and bringing forward masculine hairlines.

In a scalp advance an incision is made along the hairline. A section of forehead skin is then removed from in front of the incision and the scalp is lifted and pulled forward to fill the gap. There is a limit to how far the scalp can be moved in one go and two or more separate advances several months apart may be required to achieve the desired result. There is always a visible scar from a scalp advance but how visible will be partly down to luck and partly down to your own tendency to scar. Many patients feel their scar is almost invisible except to people who know what they are looking for. If the surgeon is also doing work on the brow ridge, it can all be done via the same incision.

In a hair transplant a strip of skin is removed from the back and sides of the scalp and all the hair follicles are dissected out (each follicle contains between 1 and 4 hairs). They are then be transplanted to the areas where they are needed and can be used to fill the corners of the male “M”, to bring the hairline forward and to thicken areas where the hair has become thin. There is a limit to how densely the hair can be packed in at one time so more than one procedure may be needed to achieve the desired density.

To access the bones of the forehead an incision can be made across the top of the scalp from ear to ear. This means that any scar will be well hidden by your hair. If you are also having a scalp advance then the forehead will be accessed via the hairline incision instead. The skin of the forehead is then pulled down to reveal the bones. The orbital rims are solid bone and can simply be shaved down. The bone over the frontal sinuses is more difficult and there are 3 main options for dealing with it. These options depend on how far the bossing protrudes, how thick the bone is and the preferred techniques of your surgeon. The amount of bossing doesn’t actually tell you how thick the sinus bones are and some people with very little bossing can have thick bone with a small sinus cavity behind it while others with very prominent bossing might have very thin bone with a large sinus cavity behind it. Some surgeons access the bones endoscopically using smaller incisions but with this technique it is only possible to shave down the bones and not to reconstruct the forehead.

If the bones over the frontal sinuses are thick enough then the bossing can simply be shaved down to give a flatter and more female contour.

Shaving alone may not be enough to achieve the desired result especially if the bones over the sinuses are too thin to be shaved down very much. A bone-filler can be used to fill in the indented areas around the bossing like the slightly hollow area that males often have in the centre of the forehead. Some surgeons feel that the shave and fill approach is sufficient to feminise most masculine foreheads; others disagree and prefer the reconstruction approach.

Forehead reconstruction is the most complex technique. The orbital rims are shaved down as before but the bone over the frontal sinuses is first removed then re-shaped before being set back in place with wires or titanium screws. This technique is very powerful and can take a severely male forehead to well within normal female ranges.

An alternative forehead reconstruction technique has been developed by a top Thai surgeon that involves shaving the bones over the sinuses thin enough so that they become flexible and then literally compressing them into the right position.

Note: You may hear foreheads and forehead feminisation procedures classified as “Type I”, “Type II” or “Type III”. These classifications are best avoided as they are not used by all surgeons and the ones that do use them define them slightly differently from each other.

Eyebrows can be lifted with a “brow lift” procedure. This is done by tightening the muscles attached to the outer third of the eyebrow or lifting the skin of the entire forehead. It can be performed via the incision made for a scalp advance or brow-bossing reduction; otherwise two small incisions are made in the scalp. If a brow lift is overdone it can leave the patient with a “surprised expression.

Noses can be feminised through standard rhinoplasty techniques. If you are having forehead work you will quite possibly also need a rhinoplasty and vice versa. This is because the nose and forehead need to flow nicely into each other – basically, if you can set back your brow bossing to the ideal position without it actually sitting behind the bridge of the nose and causing a step between the 2, you might be able to have your forehead done without needing a rhinoplasty. Likewise you might be able to have a rhinoplasty without forehead work as long as the changes to the bridge of your nose are not going to cause a step between your nose and forehead. See the links page for more information on rhinoplasty.

Cheek bones can be enhanced either with solid implants, a bone-filler paste or by using fat from another part of the body. Solid implants are available in several shapes and can be placed over or under the cheekbone or lower down near the sides of the nose according to the needs of the patient. Bone-filler is moulded to the desired shape in situ and sets solid. Both these techniques are for enhancing the cheekbones and the Incisions for them are usually made in the gums. If the cheeks need to be fuller and more rounded you can have fat from another part of the body injected into the area. Some of this is reabsorbed and you may need a top-up a few months later. After one or two top-ups, the fat is usually permanent. See the links page for further information on cheek augmentation.

To shorten the distance between the nose and top lip an incision is made just under the nose. A section of skin is then removed and the gap is closed to raise the lip. Depending on the angle of the cut, this can also be used to roll the lip out a little giving it a fuller and more feminine shape. A similar technique involves making an incision along the top edge of the lip, removing a section of skin as above and then closing the gap though any scarring left along the edge of the lip can be very noticeable. There is a limit to how far a lip can be raised if it is to look natural and work properly. The whole section of skin from lip to nose can be angled back slightly if necessary.

There are many different types of implant that can be used to make the lips fuller. These can be natural or synthetic and may be solid or injectable. Not all of them are permanent and not all of them are removable.

The chin can be changed by shaving the bone to the desired shape or through a procedure called “sliding genioplasty”. In a sliding genioplasty the chin-bone is cut through from front to back to separate a “horseshoe” of bone. This horseshoe can be moved forwards or backwards to correct a receding or protruding chin and sometimes another section of bone is removed altogether so that when the horseshoe is reattached, the chin is shorter. The angle of the original cut also affects the final height of the chin. Implants or bone-filler paste can also be used to correct a receding chin. The incision for chin work is made in the lower gums. Liposuction can also be used under a masculine chin to help remove weight from the lower face.

The jawbone can be reduced by bone shaving or cutting and quite a lot of bone can be cut away to round off and narrow the square corners at the back. To make the jaw even narrower the large masseter muscles that attach to the corners can be surgically reduced. Incisions for jaw work are usually made inside the mouth but are occasionally made externally under the jaw. Patients over the age of about 40 often experience some loose skin around the jaw after bone has been removed from the jaw or chin. This can be tightened up a few months after the original procedure with a lower face-lift.

The Adam’s apple can be reduced (a procedure often referred to as a tracheal or “trach” shave) but there is a limit to how much can be removed without risking permanent damage to the extremely delicate voice box. Also, the cartilage that forms the Adam’s apple tends to harden with age which may limit the amount that can be removed in an older patient. The incision for a trach shave is either made directly over the Adam’s apple or just under the chin. Trach shaves seem to carry a higher risk of complications than most other FFS procedures and should always be considered very carefully.