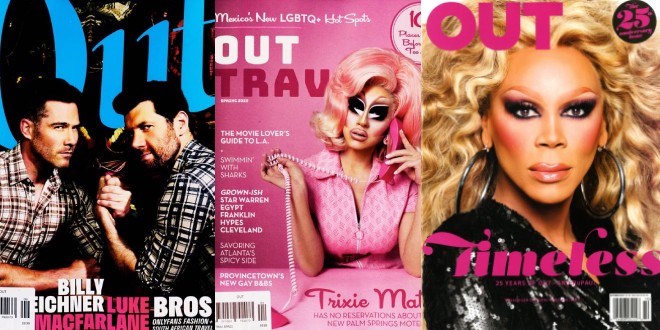 Out is a magazine that focuses on the LGBTQ+ community and culture. It was first published in 1992 and has since become one of the leading publications for LGBTQ+ news, entertainment, and commentary.

The magazine features articles on a wide range of topics, including politics, entertainment, health, and lifestyle. It also includes profiles of LGBTQ+ individuals who are making a positive impact in their communities and beyond.

Out has been known for its high-quality journalism and for giving a platform to marginalized voices within the LGBTQ+ community. It has also been recognized for its support of LGBTQ+ artists and for promoting diversity and inclusion.

One of the things that sets Out apart from other magazines is its commitment to intersectionality. The magazine recognizes that LGBTQ+ individuals often face multiple forms of discrimination based on their race, gender, and other identities, and it strives to cover these issues in its content.

In recent years, Out has also expanded its reach to include a digital platform, with a website and social media presence. This has allowed the magazine to reach a wider audience and to provide more timely coverage of events and issues affecting the LGBTQ+ community.

Overall, Out is an important resource for the LGBTQ+ community, offering a diverse range of perspectives and helping to promote visibility and acceptance for all.