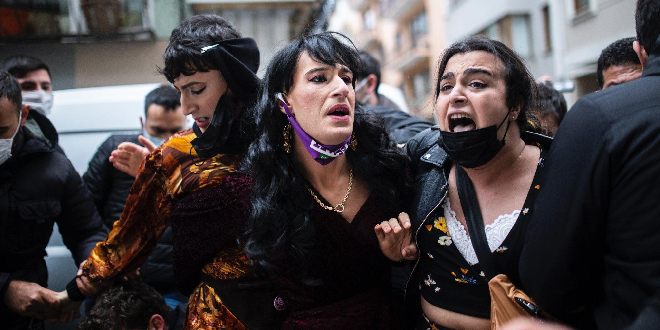 Police took strict security measures during the demonstration. Some banners were not allowed.

It was learned that a total of 6 people, 1 of whom was a journalist, were detained.

After the Bosphorus protests, there is a harsh attitude towards LGBTI people. LGBTI banners were not allowed in the action held yesterday in Beşiktaş on Friday.