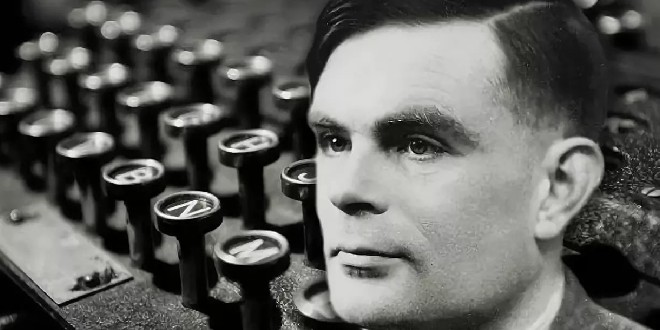 Born in 1912, Turing showed an early interest in mathematics and science. He studied mathematics at King’s College, Cambridge, where he developed an interest in the field of computer science. In 1936, Turing published a paper titled “On Computable Numbers, with an Application to the Entscheidungsproblem” in which he introduced the concept of a universal Turing machine, a theoretical computing machine that could be programmed to perform any computation.

During World War II, Turing played a crucial role in cracking the German Enigma code, which was used by the Nazis to encrypt their military communications. Turing’s work on the Enigma code was instrumental in helping the Allies to win the war, and it is considered to be one of the most significant achievements in the history of cryptography.

After the war, Turing continued his work in the field of computer science. In 1950, he published a paper titled “Computing Machinery and Intelligence” in which he introduced the concept of the Turing test, a test for determining whether a machine can exhibit intelligent behavior that is indistinguishable from a human.

Despite his many achievements, Turing faced personal struggles. In 1952, he was convicted of homosexuality, which was then a crime in the UK. He was sentenced to chemical castration, and he died two years later at the age of 41. In 2009, British Prime Minister Gordon Brown issued an official apology on behalf of the British government for the way Turing was treated. In 2013, Turing was given a posthumous royal pardon.

Alan Turing’s contributions to the field of computer science have had a lasting impact, and he is widely regarded as one of the most important figures in the history of computing.

Who are Alan Turing’s Parents?

Alan Turing was born to Julius Mathison Turing and Ethel Sara Turing (née Stoney). Julius Turing was a British member of the Indian Civil Service and was stationed in India when Alan was born. Ethel Turing was the daughter of Edward Waller Stoney, who was the chief engineer for the Great Southern and Western Railway in Ireland. Alan Turing had an older brother named John Turing.

Is Alan Turing The Father Of Computers?

Alan Turing is not considered to be the “father of computers” in the traditional sense, as he did not invent the first electronic computer. However, he made significant contributions to the field of computer science and is often considered to be one of the pioneers of modern computing. Turing is best known for his work on the Enigma machine, which was used by the Germans during World War II to encode their communications. Turing and his team at Bletchley Park were able to crack the Enigma code, which proved to be a major turning point in the war. He also developed the concept of the Turing machine, which was a theoretical device that could perform any mathematical calculation that could be done by a human. This concept laid the foundation for the development of the modern computer.

What Are The Inventions Of Alan Turing?

Alan Turing is known for several significant inventions and contributions to the field of computer science. Some of his most notable inventions include:

Alan Turing died on June 7, 1954, in an apparent suicide. He ingested cyanide, and his death was ruled a suicide. He was only 41 years old at the time of his death. Turing was a brilliant mathematician and computer scientist who made significant contributions to the field of computer science and played a crucial role in cracking the German Enigma code during World War II. Despite his many accomplishments, he was convicted of homosexuality in 1952 and was chemically castrated. This, along with other personal and professional difficulties, may have contributed to his decision to take his own life.

What Happened To Alan Turing’s Wife?

Alan Turing did not have a wife. He was a gay and never married. He was convicted of homosexuality in 1952 and was chemically castrated. He died two years later in an apparent suicide.

Where Is Alan Turing’s grave?

Alan Turing is buried in the parish churchyard of St. Michael’s in Wilmslow, Cheshire, England. His grave is marked by a simple headstone that bears his name, the dates of his birth and death, and the epitaph “Father of Computer Science.” Turing’s grave has become a place of pilgrimage for fans of his work and supporters of LGBTI rights, and it is often decorated with flowers and other tributes.