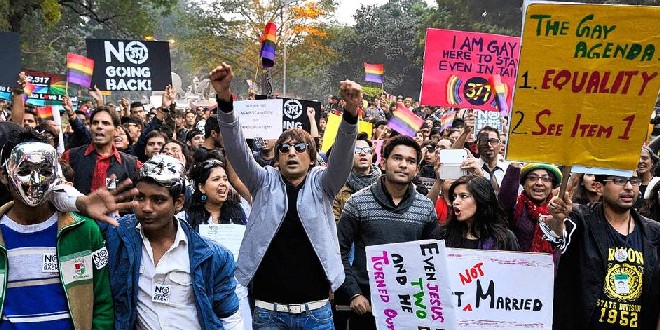 The term “gay agenda” is often used by opponents of LGBTI rights to refer to the perceived effort by gay, lesbian, bisexual, transgender and intersex individuals and organizations to advance their interests, such as by promoting acceptance of LGBTI people and securing legal protections against discrimination. However, the idea of a “gay agenda” is a controversial and highly politicized topic, and many people view it as a false or misleading concept.

Proponents of the “gay agenda” often argue that LGBTI individuals and organizations are seeking to undermine traditional values and promote a harmful and destructive lifestyle. They may point to events such as gay pride parades or efforts to teach children about LGBTI history and issues as evidence of a coordinated effort to push a gay agenda.

However, LGBTI advocates and allies reject the notion of a “gay agenda” and argue that it is a baseless and discriminatory stereotype. They point out that LGBTI individuals are simply seeking the same rights, freedoms, and protections as everyone else, and that efforts to promote acceptance and understanding are not a sinister plot but rather a necessary step towards equality and justice.

Moreover, many experts and activists argue that the concept of a “gay agenda” is used to demonize and marginalize LGBTI individuals and communities. They argue that it is a tactic used by those who oppose LGBTI rights to create fear and division, and to distract from the real issues at hand.

In conclusion, the idea of a “gay agenda” is a highly charged and controversial topic. While some people may view it as a legitimate concern, many others see it as a harmful and misleading stereotype that is used to oppose LGBTI rights and acceptance. Whether or not there is such a thing as a “gay agenda,” it is clear that LGBTI individuals and organizations are simply seeking the same rights and opportunities as everyone else.