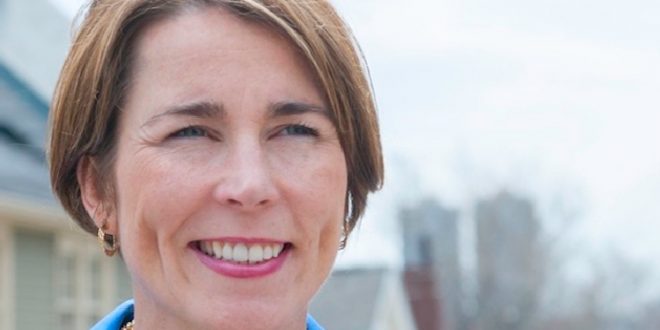 If you are confused about American politics (which I as a Canadian am often), there are two major parties in the USA – the Democrats and the Republicans. President Obama is a Democrat.

If you are a lesbian, then the Democratic party is kinder to you. Under President Obama and with pressure on the Supreme Court by the LGBT community and their friends, state by state is legalizing same-sex marriage.

“I’m so humble and grateful to the voters across the state for turning out to elect me,” said Healey, who plans to tackle gun violence, prescription drug and heroin abuse, and civil rights, among other issues, when she takes office in January.

“It’s a broad agenda and a big agenda. … As attorney general you don’t have the luxury to do just one thing at once,” Healey said. “It’s important to build and maintain the top talent in the attorney general’s office so we’re able to protect the people of Massachusetts.”

Healey, who helped lead the legal battle to strike down the Defense of Marriage Act and give federal recognition to same-sex married couples while working for the attorney general’s office, beat out Winchester attorney and Republican John B. Miller to become the first openly gay state attorney general in the nation.

“I’m proud that we’ve broken that barrier, but I’m also proud that it wasn’t an issue during the campaign,” Healey said. “I think that says a lot about how far we’ve come.”

“Maura has spent the last seven years in the attorney general’s office making the commonwealth a national leader on LGBTQ issues with her vision, drive and talent,” Coredini said. “Now, as the country’s first openly gay state attorney general, she is poised to make history again, not only with what more she will accomplish in this critical office, but with who she is.”

Healey worked in the AG’s office first as the chief of the civil rights division and then leading bureaus on Public Protection and Advocacy, as well as on Business and Labor.

The former Middlesex County prosecutor cast herself as the underdog and triumphed in the primary over the Democratic-establishment-backed candidate Warren Tolman to win a spot on yesterday’s ballot.