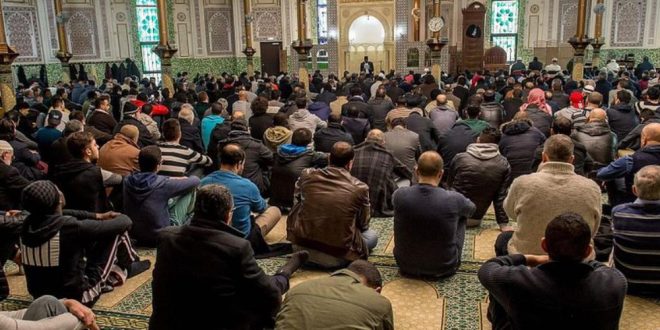 According to reports in the Belgian media, the imam of the Green Mosque in Houthalen-Helchteren, near the city of Genk, shared a discriminatory message on his Facebook account that “homosexuality is a disease, causes decay and is banned by Islam”.

Imam also recalled the controversial anti-homosexual preaching of the President of Religious Affairs Ali Erbaş. He also thanked a follower who wrote “Homosexuality is the virus of capitalism and democracy”.

Sammy Mahdi, Minister of State for Asylum and Immigration of the federal government, announced that they decided not to extend the residence permit of the imam, who has been in Belgium for 3 years. The Belgian minister said, “Those who come to our society to sow hate have no place here“.

Sent from Turkey by the Directorate of Religious Affairs, he has made application for renewal of residence and work permit to the Immigration Office in Belgium last October. Belgian authorities launched an investigation against the imam on the grounds that “it could harm public order and national security” due to his homophobic views.

It was stated that the Belgian government would ask the Turkish imam, whose residence permit was not extended, to leave the country.

State Minister Mahdi said, “We can no longer tolerate stigmatizing the gay community and spreading such messages. If you have the right to work in Belgium as an imam, you have an exemplary duty. Anyone who does not want to abide by our values will have to bear the consequences.”

Flemish Home Office and Integration Minister Bart Somers has also taken legal action to revoke the Green Mosque’s license. Somers stated that the Green Mosque is in danger of losing its recognition, “on the grounds that it spreads hatred and discriminatory messages towards the lesbian, gay, bisexual, transgender and intersex (LGBTI) community.

An official from the Green Mosque administration told the BBC Turkish that they were surprised by the Belgian government’s decision and that they will meet with the lawyer on Thursday for the necessary legal action. The mosque association manager refrained from saying, “I don’t know, I forgot” the name of the imam, who was the target of the accusations.