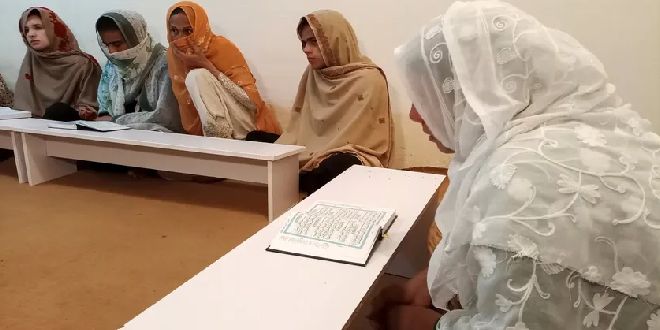 A madrasah “islamic school” for trans people was opened for the first time in Pakistan.

Rani Khan, who taught the Koran in the first madrasah for transgender people in a country where the ‘third gender’ was officially recognized and the Transgender People (Protection of Rights) Act passed parliament in 2018, said, “Most families do not accept transsexuals. They throw them out of their homes. “I was one of them, too,” said.

Islamabad Deputy Commissioner Hamza Shafqaat said that the madrasa can help trans people to participate actively in society and said, “I hope things will be better if this model is implemented in other cities.”

In Pakistan, where trans rights are legally protected, LGBTI+ individuals are still discriminated against. In the census conducted in 2017, it was recorded that approximately 10 thousand trans people lived in Pakistan. Trans rights groups stated that in the country with a population of 220 million, this number may now be over 300 thousand.

Previously, a madrasah for trans people was opened in Dhaka, the capital city of Bangladesh.